Democratic Lawmakers Give Emotional Testimony On Experiences Of Capitol Attack 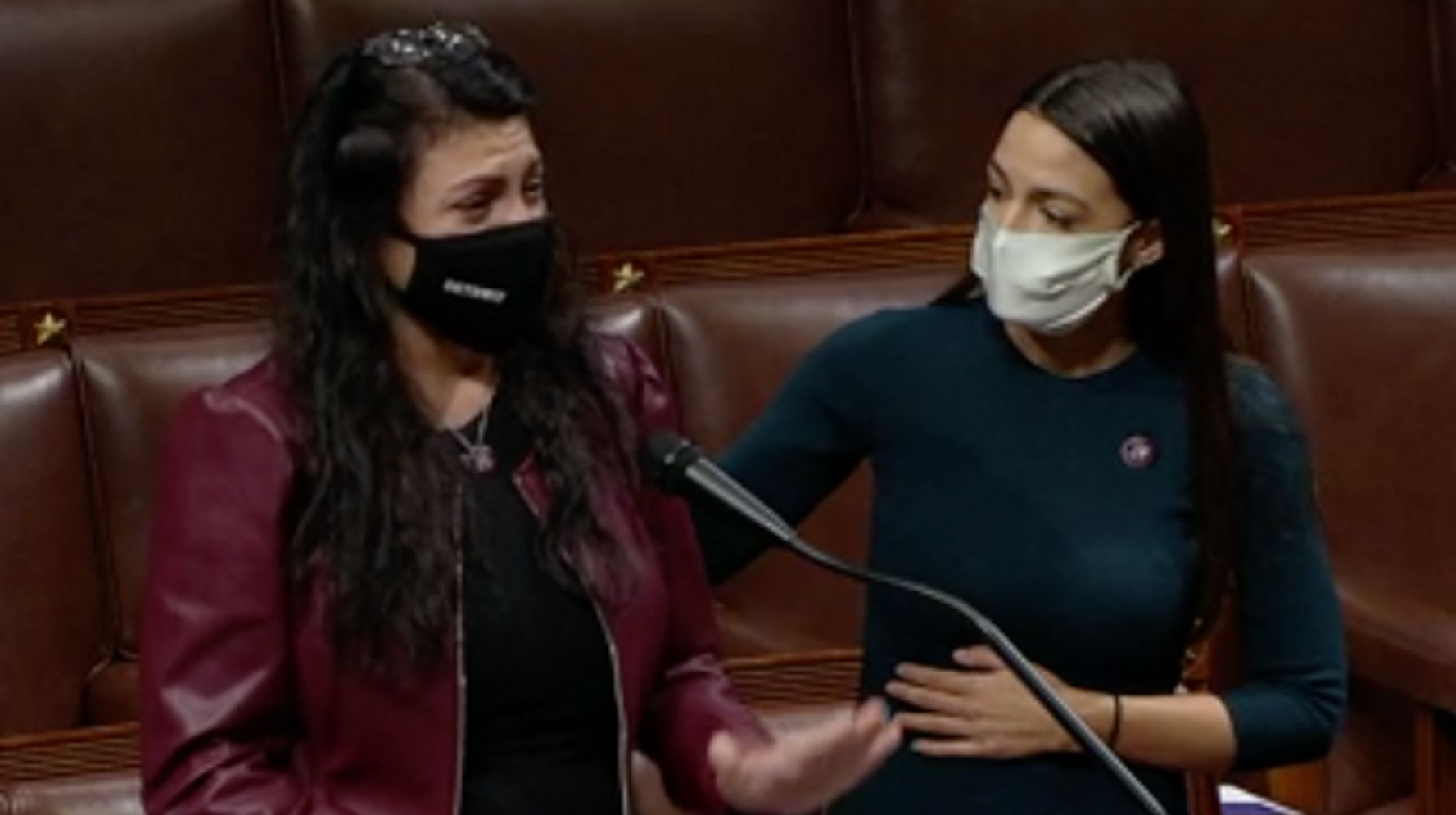 Democratic lawmakers spoke on the House floor on Thursday, delivering emotional testimonies of their experiences on Jan. 6, the day that armed, pro-Trump insurrectionists stormed the U.S. Capitol.

Rep. Alexandria Ocasio-Cortez (D-N.Y.), who earlier this week gave a play-by-play of the moments she thought she was going to die during the attack, organized a “special order” hour for nearly a dozen lawmakers to speak to their own trauma after surviving the riots.

Rep. Sheila Jackson Lee (D-Texas) recounted how she had to flee the same Capitol two decades earlier on Sept. 11, 2001, and saw the smoke from the plane that hit the Pentagon.

“We heard the words ‘hurry up, get out,’” Jackson Lee said of the Jan. 6 attack at the Capitol. As she and other colleagues heard shooting, “we crouched and some of my good colleagues and I began to pray.”

“White supremacy, insurrectionists and domestic terrorism will not prevail,” Jackson Lee said of the rioters, some of whom carried Confederate flags, hung nooses and wore racist symbols.

Speaking from the very same room where he and over a dozen colleagues had to shelter on Jan. 6, Rep. Dean Phillips (D-Minn.) described how lawmakers “had to take cover behind our seats” and “struggled to activate our gas masks.”

“We know the sound of the breaking glass, of the screams, of the furniture being moved in front of the doors,” Phillips said. “We know what it feels like searching for something, anything to defend ourselves and realizing a pencil is about all we had … thinking that it’s a real possibility that we would not see our families and loved ones again.”

Phillips, who is white, then choked up as he recounted how he had urged Democratic colleagues to mix with Republicans so they might be safe from the right-wing mob.

“I realized blending in was not an option for my colleagues of color,” Phillips said. “I’m sorry. For I had never understood, really understood, what privilege really means.”

This was incredibly powerful and moving.

Other Democratic lawmakers were moved to tears as they described an armed mob descending on lawmakers as they were certifying the U.S. election results. Five people died in the mayhem, including a Capitol Police officer.

Rep. Rashida Tlaib of Michigan, one of the first Muslim women elected to Congress, broke into tears as she recounted how she’s repeatedly received death threats since being in office, including on her first day as a congresswoman.

“I didn’t even get sworn in yet and someone wanted me dead,” the Democrat said, adding how more threats came over the years, including one mentioning her son by name. “The trauma from just being here, existing as a Muslim, is so hard.”

While Tlaib was not at the Capitol during the Jan. 6 attack, she spoke of how she worries “every day” for the lives of her staff, some of whom are queer or  Black and one of whom wears a hijab. “I urge my colleagues to please take what happened on Jan. 6 seriously,” she said.

Rep. Cori Bush (D-Mo.) — who is a longtime activist for Black liberation and who wore a mask printed with the name of Breonna Taylor, a Black woman killed at home by police in Kentucky last year — condemned the “white supremacist attack on our nation’s capital.”

Bush said she was in the House gallery on Jan. 6 when she left to see what was happening outside and saw a crowd approaching. She fled to her office, where she watched on television as the insurrectionists breached the doors.

Bush used her time on the House floor on Thursday to send a message to her Republican colleagues:

“If we cannot stand up to white supremacy in this moment, as representatives, then why did you run for office?” Bush asked. “How can we trust that you will address the suffering that white supremacy causes on a day-to-day basis in the shadows if you can’t address the white supremacy that happened right in front of you in your house?”

Rep. Mary Gay Scanlon (D-Penn.) read a letter signed by nearly 400 congressional staff members “because they don’t often have a voice on this floor.”

“Our workplace was attacked by a violent mob trying to stop the election vote count. That mob was incited by former President Donald Trump and his allies, some of whom we pass in the hallways,” the staffers wrote. “As the mob smashed through barricades, broke doors and windows and charged into the Capitol … many of us hid behind chairs, under desks, or barricaded ourselves inside offices.”

Rep. Adriano Espaillat (D-N.Y.), who locked himself in his office with his team during the insurrection, spoke of the “traumatic experience” of leaving the building that night and seeing bloodstains where someone had been shot.

Ocasio-Cortez, whose emotional account was dismissed by her Republican colleagues, condemned those who “are already demanding that we move on, or worse, attempting to minimize, discredit or belittle the accounts of survivors.”

“They send a tremendously damaging message to survivors of trauma across the country,” Ocasio-Cortez said, “that what they experienced wasn’t bad enough.”