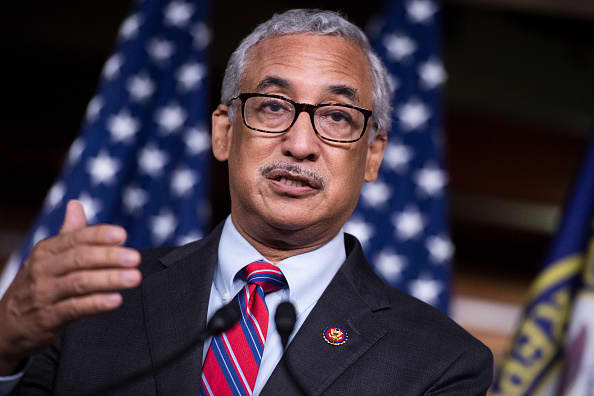 Democrats are reintroducing a sweeping labor rights bill on Thursday, touting it as a means to create safer workplaces and boost employee benefits during the coronavirus pandemic.

The party put forward the PRO Act, a measure designed to promote union organizing which the House passed last year. The legislation would:

Republican lawmakers and the U.S. Chamber of Commerce have argued the plan would hamstring the economy, making it doubtful Democrats will win the 10 GOP votes needed to push it through the Senate. Even so, the bill highlights Democrats’ push to strengthen labor unions after years of eroding membership.

“The COVID-19 pandemic has demonstrated the urgent need for Congress to protect and strengthen workers’ rights,” he said in a statement Thursday. “Over the past year, workers across the country have been forced to work in unsafe conditions for insufficient pay, because they lacked the ability to stand together and negotiate with their employer.”

Reintroduction of the bill underscores the party’s renewed focus on using unified control of Congress and the White House to boost labor rights. President Joe Biden, who throughout his campaign said “unions built the middle class,” has taken early steps to buoy workers’ right to organize.

On his first day in office, Biden fired Peter Robb, the National Labor Relations Board general counsel whose moves labor leaders had criticized. He also chose a union leader in Boston Mayor Marty Walsh as his Labor secretary.

The Senate Health, Education, Labor and Pensions Committee held Walsh’s confirmation hearing on Thursday morning. During her introduction of Walsh, committee Chair Sen. Patty Murray of Washington touted the PRO Act as one of the policies she aims to pursue.

The PRO Act would empower the NLRB. It would not only allow the independent agency to bring penalties against companies or even corporate directors who violate labor laws, but also call on the NLRB to reinstate employees while their grievance against an employer is heard.

It would curb the power of Republican-backed laws passed across the country that prevent workers from having to join a union or pay dues as a condition of employment. It also seeks to reduce the use of the independent contractor classification by companies such as Uber. The question of whether to classify so-called gig workers as employees has become a point of contention in California.

When Democrats introduced the legislation in 2019, the Chamber of Commerce’s Senior Vice President for Employment Policy Glenn Spencer said it is “bad for workers, employers and the economy.”

Republican leaders have made unions a target in the Biden administration’s early days. Teachers, one of the most heavily unionized professions, have resisted going back to in-person instruction in some cities as they worry about contracting the virus.

On Wednesday, the head of the Centers for Disease Control and Prevention said schools can safely reopen even if teachers do not receive the Covid-19 vaccine. Senate Minority Leader Mitch McConnell, R-Ky., criticized what he called “the whims of powerful public-sector unions” in calling Wednesday for students to return to school.