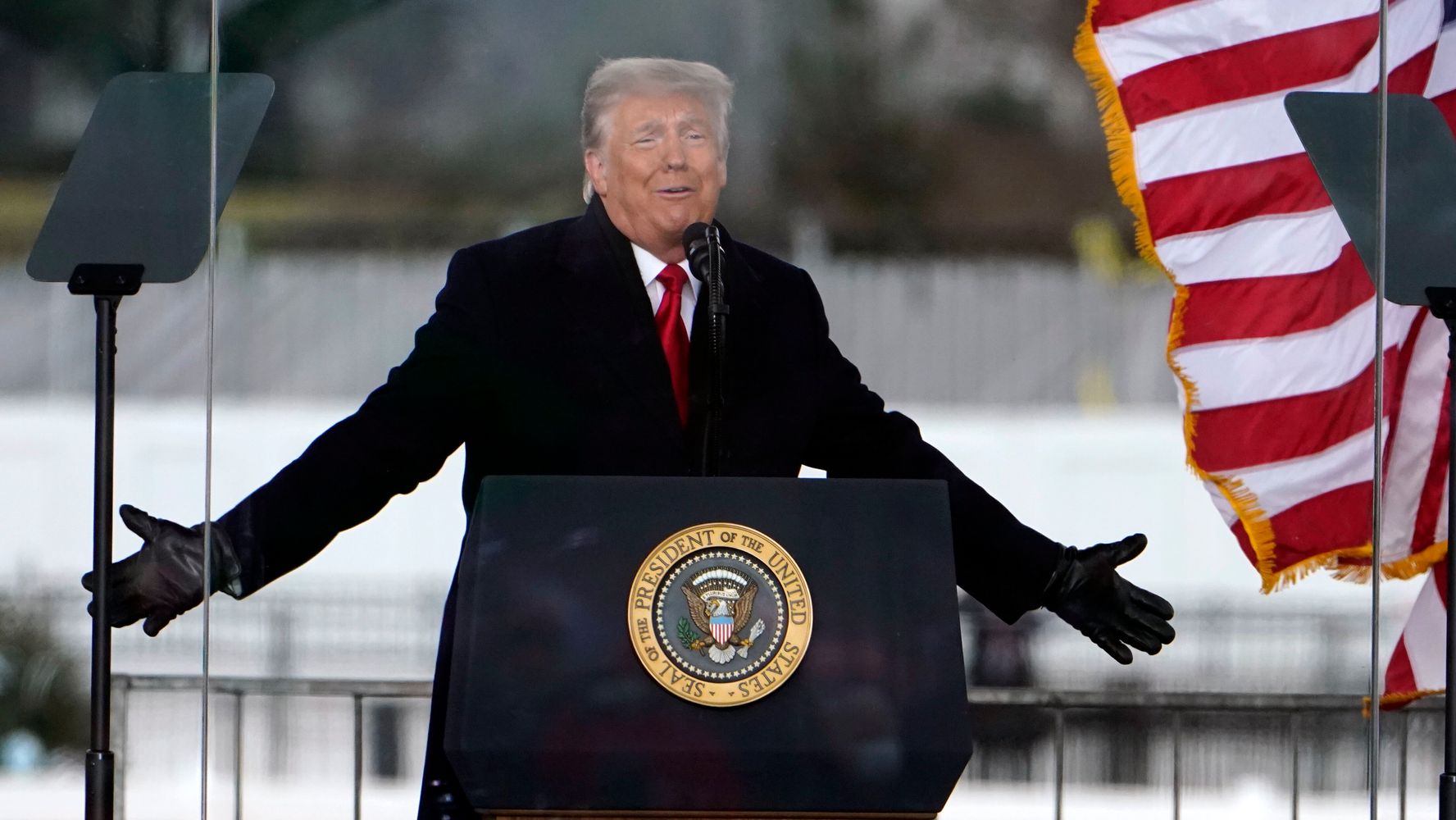 WASHINGTON (AP) — Donald Trump endangered the lives of all members of Congress when he aimed a mob of supporters “like a loaded cannon” at the U.S. Capitol, House Democrats said Tuesday in making their most detailed case yet for why the former president should be convicted and permanently barred from office.

The legal brief forcefully links Trump’s baseless efforts to overturn the results of the presidential election to the deadly Jan. 6 riot at the Capitol, saying he bears “unmistakable” blame for actions that directly threatened the underpinnings of American democracy. It argues that he must be found guilty when his impeachment trial opens before the Senate next week on a charge of inciting the siege.

“His conduct endangered the life of every single Member of Congress, jeopardized the peaceful transition of power and line of succession, and compromised our national security,” the Democratic managers of the impeachment case wrote. “This is precisely the sort of constitutional offense that warrants disqualification from federal office.”

The legal brief lays out for the first time the arguments House lawmakers expect to present at the impeachment trial. It not only explicitly faults him for his role in the riot but also aims to preemptively rebut defense claims that Trump’s words were somehow protected by the First Amendment or that an impeachment trial is unconstitutional, or even unnecessary, now that Trump has left office. It says Trump’s behavior was so egregious as to require permanent disqualification from office.

The Constitution specifies that disqualification from office can be a punishment for an impeachment conviction.

“This is not a case where elections alone are a sufficient safeguard against future abuse; it is the electoral process itself that President Trump attacked and that must be protected from him and anyone else who would seek to mimic his behavior,” the legal brief states.

Lawyers for Trump are expected to file their own brief Tuesday. In a Fox News appearance Monday night, one of the attorneys, David Schoen, said he would argue that the trial was unconstitutional, that efforts to bar Trump from office were undemocratic. and that his words were protected by the First Amendment.

Democrats made clear that they disagree with all points.

“The only honorable path at that point was for President Trump to accept the results and concede his electoral defeat. Instead, he summoned a mob to Washington, exhorted them into a frenzy, and aimed them like a loaded cannon down Pennsylvania Avenue,” they wrote in their 77-page brief.

The Democrats draw heavily on the words of prominent Republicans who have criticized the former president, including Wyoming. Rep. Liz Cheney, who voted for his impeachment and said there has never been a “greater betrayal” by a president, and Senate Republican Leader Mitch McConnell, who said Trump “provoked” the rioters.

Still, Republicans have signaled that acquittal is likely, with many saying they think Congress should move on and questioning the constitutionality of an impeachment trial — Trump’s second — now that he has left office. In a test vote in the Senate last week, 45 Republicans voted in favor of an effort to dismiss the trial over those constitutional concerns.

Though no president has been tried after departing the White House, Democrats say there is precedent, pointing to an 1876 impeachment of a secretary of war who resigned his office in a last-ditch attempt to avoid an impeachment trial. The Senate held it anyway.

The Democrats write that the framers of the Constitution would not have wanted to leave the country defenseless against “a president’s treachery in his final days, allowing him to misuse power, violate his Oath, and incite insurrection against Congress and our electoral institutions” simply because he is leaving office. Setting that precedent now would “horrify the Framers,” the brief says.

“There is no ‘January Exception’ to impeachment or any other provision of the Constitution,” the Democrats wrote. “A president must answer comprehensively for his conduct in office from his first day in office through his last.”

Trump was impeached by the House while still in office, they note, forcing a Senate trial. And there are precedents for trying former officials.

“Trump is personally responsible for a violent attack on the Capitol,” they wrote. “He was impeached while still in office. The case for trying him after he has left office is stronger than any of the precedents.”