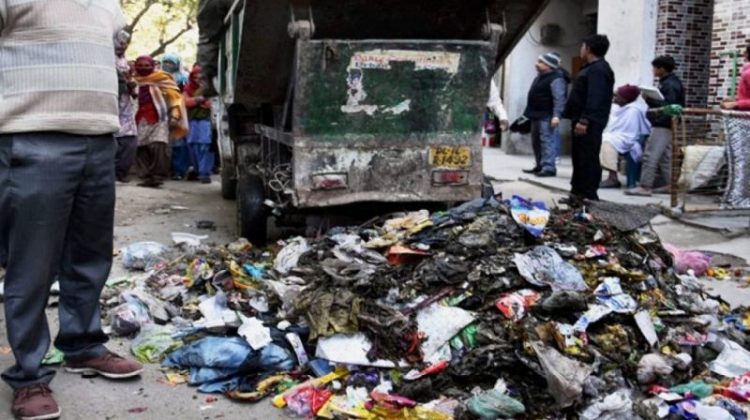 VIJAYAWADA: In a novel protest, sanitary staff angry over denial of loans by banks dumped garbage in front of banks at Vuyyuru in Krishna district. The loan applicants lamented that commercial banks were reluctant to give small loans, which was objectionable. Meanwhile, the bank employees condemned the act of sanitary staff.

According to reports, several nationalised banks refused to give loans under Jaganna Thodu and Cheyutha schemes infuriating applicants, who have taken the issue to the notice of ruling party leaders and officials. The angry people reportedly dumped garbage in front of three bank branches in Vuyyuru town on Thursday and employees of the banks who came to duties were shocked to see the garbage piles. They immediately informed their higher officials and municipal authorities. Later, the garbage was removed. Leaders of All India Bank Employees Association condemned the unhygienic act and suspected involvement of municipal officials.

Krishna district collector A. Md Imtiaz expressed sorrow over the dumping of garbage. He asked the bankers to cooperate with the government towards sanctioning loans to poor through various government welfare schemes and assured banks to take measures to avoid such incidents in the future.