Denmark to dig up millions of dead mink after rushed cull 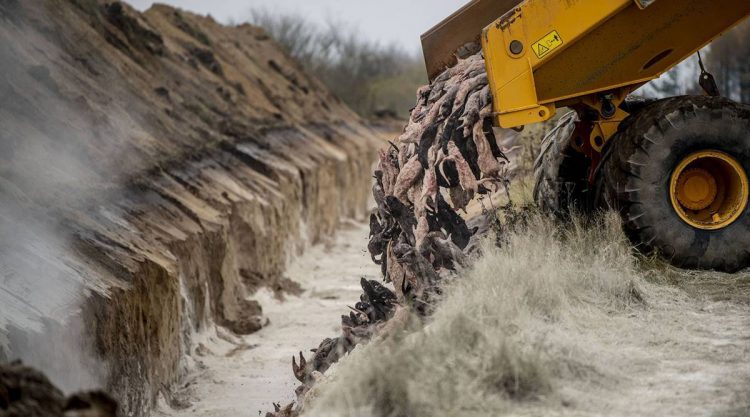 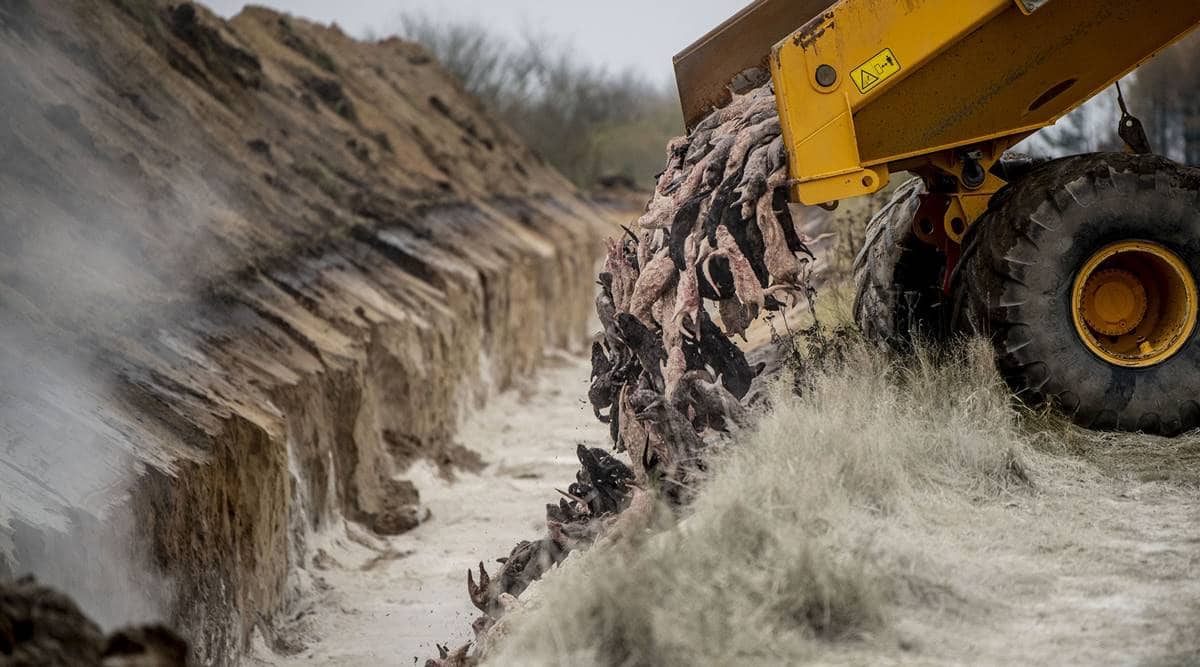 A truck unloads dead mink into a ditch as members of Danish health authorities assisted by members of the Danish Armed Forces bury the animals in a military area near Holstebro, Denmark on November 9, 2020. Photographer: Morten Stricker/Ritzau Scanpix/AFP/Getty Images

Denmark will dig up millions of dead mink after a hasty cull and burial intended to stamp out a coronavirus mutation ended with the rotting carcasses triggering a new contamination risk.

The Danish parliament agreed on Sunday to dig up about 4 million mink, the Ministry of Food and Veterinary Affairs said. The animals will be exhumed after six months, which was deemed long enough to ensure the bodies will be free of the virus and safe to handle. Once dug up, the mink will be incinerated as corporate waste.

The government is trying to bring to a close a chapter that forced a Cabinet minister to resign, and ended Denmark’s reputation as a country that had fought off the pandemic more ably than most.

Prime Minister Mette Frederiksen has had to defend her role in the debacle, after it emerged she didn’t initially have the legal mandate to demand a full cull of Denmark’s roughly 15.4 million mink. The rushed and messy process that followed drew harsh criticism from parliament and the country’s mink industry, which just a few months ago had been the world’s largest.

But Frederiksen has repeated her initial warning that her government’s decision to demand that all Danish mink be culled was appropriate. The country’s top epidemiologist warned at the time that the animals were highly efficient at spreading the coronavirus, and Frederiksen said Danish scientists were worried that the mutation found in the country’s mink could derail vaccine efforts.

There are a number of other countries that produce mink and that have detected coronavirus strains in the animals, namely Italy, Spain, the Netherlands, Sweden and the U.S. None has so far taken the same drastic steps as Denmark.

In early November, the World Health Organization said that the coronavirus mutation found in Denmark “highlights the important role that farmed mink populations can play in the ongoing transmission of SARS-CoV-2 and the critical role of strong surveillance, sampling and sequencing SARS-CoV-2, especially around areas where such animal reservoirs are identified.”

The organization said then it advises “all countries to enhance surveillance for Covid-19 at the animal-human interface where susceptible animal reservoirs are identified, including mink farms.”