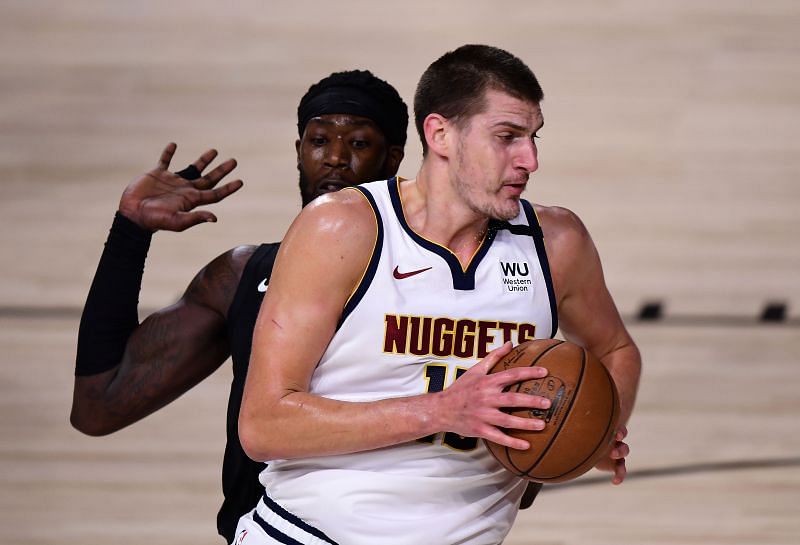 In an out-of-conference clash in the 2020-21 NBA, the New York Knicks host the Denver Nuggets at Madison Square Garden on Sunday.

Surprisingly, the New York Knicks enter this game with a better record (5-4) on the season, aiming to stay above .500 at home. On the other hand, the Denver Nuggets (4-5) come in with hopes of reaching .500 with a win in this game.

The Denver Nuggets have had a slow start to their campaign and are still finding their feet. After slipping to a 1-4 start, they have since managed to recover by adding a few wins to their kitty.

Fans have had high expectations from them after the Denver Nuggets beat the LA Clippers last postseason and reached the Conference Finals. However, their performances thus far have been underwhelming. The Denver Nuggets will need to battle hard to get the win on the road on Sunday.

Meanwhile, the resurgent New York Knicks have had one of their best starts to an NBA campaign in recent years. The Knicks have won three of their last four games and will aim to hold down the fort against the Nuggets.

Impressively, the New York Knicks have recorded against top contenders, taking down the Indiana Pacers and the Utah Jazz during their three-game winning streak that was snapped on Friday when they fell to the OKC Thunder 101-89. The New York Knicks will be hungry to return to winning ways against the Denver Nuggets.

The Denver Nuggets are coming off one of their better games, as they snapped a short-handed Philadelphia 76ers’ winning streak 115-103. The 76ers made a valiant comeback in the fourth quarter with 31 points, but the Denver Nuggets were able to hold on for a win.

Nikola Jokic had an all-around game with 15 points to go with his 12 assists and nine rebounds. Gary Harris chipped in with 21 points for the night.

Overall, the Denver Nuggets had six players scoring in double digits in a must-win matchup against a Philly side that was extremely low on numbers, as multiple players had to sit out due to injuries or the league’s health and safety protocols.

Nikola Jokic is having an MVP-caliber season for the Denver Nuggets. He has been playing with a mission to bring them out of their early-season rout.

Jokic had a brilliant performance against the 76ers, and his numbers have skyrocketed since. He is currently averaging a triple-double with 24.7 points, 11.3 rebounds,and 11 assists in nine games thus far.

He is also the team’s leader in steals, registering an average of 1.3 steals per contest. Jokic is looking better with each game and could be a huge threat against the New York Knicks too.

The New York Knicks are one of the largest markets in the NBA and possess a passionate fan base from around the world. Their dismal returns in recent seasons seems have been mostly due to their front office’s failure to make the right moves regarding personnel decisions.

Nevertheless, the hiring of coach Tom Thibodeau has worked wonders for them this season, as the New York Knicks are headed in the right direction and playing Thibodeau’s signature lockdown defense.

The New York Knicks are coming off a loss to the OKC Thunder in a game where they couldn’t produce enough offense in the second half. On a brighter note, the franchise has five players scoring in double digits.

The Knicks will aim to turn things around on Sunday and get back on track with a win.

Taj Gibson (COVID-19 protocols) will sit this game out while Obi Toppin and Frank Ntilikina have been ruled out due to injuries.

Julius Randle continues to lead the New York Knicks; he had 18 points, 12 rebounds and seven assists in their loss to the Thunder.

Randle could be the key player in this matchup as well. However, he could have his hands full when the New York Knicks’ front line defends a red-hot Nikola Jokic. Nevertheless, the battle between the two bigs should be an enthralling one.

Julius Randle has been playing an all-around game, averaging 22.6 points, 12 rebounds and 7.3 assists in nine games so far.

The Knicks will have the upper hand, as they host the Denver Nuggets on home turf. However, Jokic has been playing with a flair lately and could go for a big game in the bright lights of Madison Square Garden. The Nuggets are likely to win this game in a low-scoring affair on Sunday.

Where to watch Nuggets vs Knicks?

Local coverage of the game will be available on MSG Network and Altitude Sports. The game can also be live-streamed via the NBA League Pass.