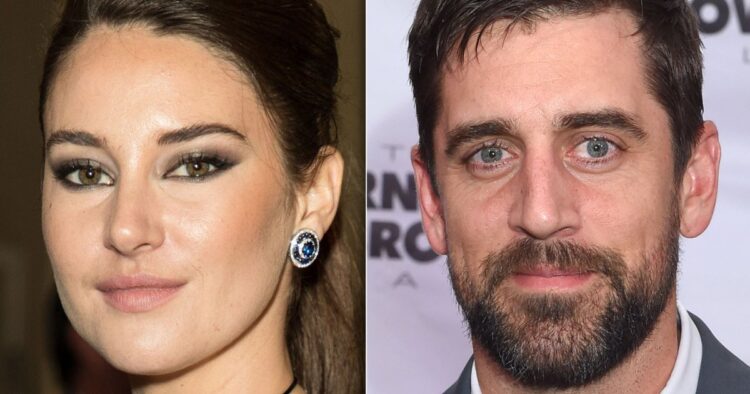 “Shailene and Aaron aren’t waiting around to tie the knot. They’re planning a summer wedding in Big Sur,” the insider says, noting that “Big Sur holds a special place in Shailene’s heart” because it’s where the 29-year-old actress spent time filming Big Little Lies. “It’s by far one of her favorite spots on [the] planet! She says it’s ‘magical.’”

When it comes to the guest list, the 37-year-old football star and The Fault in Our Stars alum are planning on keeping things “relatively small,” extending invites to “just 50 of their closest family members and friends.”

“Although Shailene tries to stay away from the Hollywood scene, they’ll be a ton of celebrity guests,” the source says, naming Nicole Kidman, Reese Witherspoon, Meryl Streep, Laura Dern, Zoë Kravitz and Alexander Skarsgård as invitees. “It’ll be so much fun for everyone to reunite, like the old times!”

In fact, the insider shares that Shailene “has secretly been in touch with the ladies from the Big Little Lies (cast) about making a joint surprise speech on the day!”

When it comes to the two lovebirds saying their “I dos,” the source says, “Shailene loves the idea of exchanging hand-written vows in the woods, wearing flowers in her hair and one of her friends playing music on the guitar as guests arrive — boho-chic style.”

As for the afterparty’s location, the Secret Life of the American Teenager star and her other half “are looking at venues by the ocean for the after party — Post Ranch Inn is at the top of her list or a similar venue.”

News first broke that the quarterback and former Freeform star were together in February. Us Weekly confirmed their relationship, and days later, Aaron referred to his “fiancée” during his NFL Honors Most Valuable Player acceptance speech. Shailene spoke about their relationship while appearing on The Tonight Show With Jimmy Fallon nearly three weeks later, explaining that they’ve been “engaged for a while.”

“He’s, first off, just a wonderful, incredible human being. But I never thought I’d be engaged with somebody who threw balls for a living,” she said at the time. “We met during this whacky, whacky time and all the stadiums were closed that he was playing in, so I have yet to go to a football game. I didn’t really grow up with sports, especially American sports. It was never really on my radar. When we met, also, I knew he was a football guy, but I didn’t know, like, what kind of a football guy he was. And I’m still constantly learning.”