Dhanush wraps up first schedule of Karthick Naren’s D43; To join the sets of his Hollywood film The Gray Man? 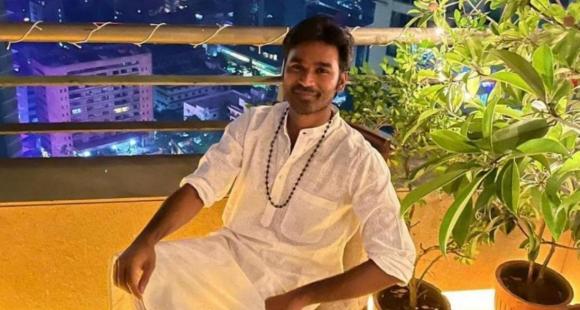 Hearsay has that Dhanush will be flying abroad to shoot for his second Hollywood outing titled The Gray Man, which also features Ryan Gosling and Chris Evans in the lead roles.

Dhanush wraps up first schedule of Karthick Naren’s D43; To join the sets of his Hollywood film The Gray Man?

Yesterday, Malavika Mohanan shared a photo with Dhanush and revealed that the first schedule of their upcoming film tentatively titled D43 was wrapped up. Now, it is being revealed that Dhanush will not join the sets of the film until May as he is all set to fly abroad and shoot for his upcoming Hollywood film The Gray Man. While no official confirmation is made on this yet, the news is still making the rounds on social media.

Apparently, the makers of D43 will meanwhile, crank portions without Dhanush. It was announced in December last year by Netfilx that their ambitious project titled The Grey Man which has Ryan Gosling and Chris Evans in the lead roles, will also star Kollywood superstar Dhanush in a lead role. Talking about the film and his starring in it, Dhanush had earlier made a statement on social media. He wrote, “Elated to announce that I will be joining the team of Netflix”s “The Grey Man” starring Ryan Gosling and Chris Evans, directed by The Russo Brothers (Avengers, Captain America: Winter Soldier).”

“Looking forward to being a part of this wonderful action packed experience, My sincere thanks to my dearest fans from all over the world for all the love and support you have been showing me throughout these years. Love you all. Spread love! Om Namashivaya,” he added. Meanwhile, it is reported that D43 will be an emotional crime thriller which will have both the lead actors as journalists.