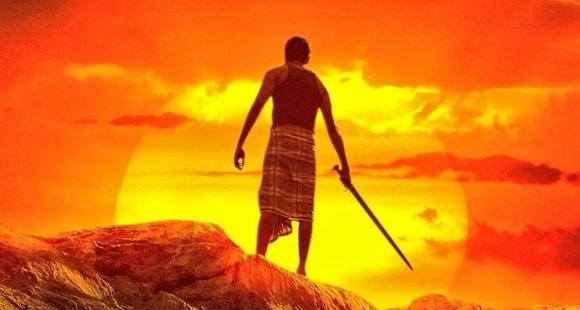 Directed by Mari Selvaraj, Karnan is touted to be a rural drama and is has Dhanush as the lead actor.

Dhanush’s Karnan: Santosh Narayan is all praises for the Mari Selvaraj directorial; Says he was stunned

It has been a while since the makers of Dhanush’s upcoming film Karnan shared an unseen poster of Dhanush from the film. Now, music composer Santhosh Narayan has taken to his Twitter space and stated that he has watched the film and noted that he was stunned by it. He wrote, “Watched #Karnan. Stunned! Proud of you @dhanushkraja Sir @mari_selvaraj @theVcreations and the wonderful team. Karnan is a giver”. As soon as his Tweet came up, #Karnan has been trending on the micro blogging website.

On New Year, the makers of the film revealed an unseen new poster of Dhanush from the film, where the Asuran star can be seen riding a horse with a sword in his hand. While releasing the poster, the makers also revealed that the first look poster of Dhanush will be released soon. Touted to be a rural drama, Karnan has Mollywood actor Lal playing a key role. As the director’s previous movie Pariyerum Perumal was lauded by fans and critics alike, Karnan is one of the highly anticipated films in Kollywood.

The film also stars Gauri Kishan of 96 fame in a key role, while popular Mollywood star Rajisha Vijayan will be seen as the leading lady. Meanwhile, Dhanush made the headlines recently after it was announced that the cult classic Kollywood film Aayirathil Oruvan is getting a remake with Dhanush as the lead actor directed by Selvaraghavan.

Back to Top
Close Add post
X
Dale Moss Responds To Accusations He Regrets Getting Engaged To Clare Crawley And Other Rumors After…GossipsDale Moss took to his go-to platform to open up about his split from Clare Crawley amid all kinds of rumors, including that he cheated on her their en…

Dhanush’s Karnan: Santosh Narayan is all praises for the Mari Selvaraj directorial; Says he was stunned