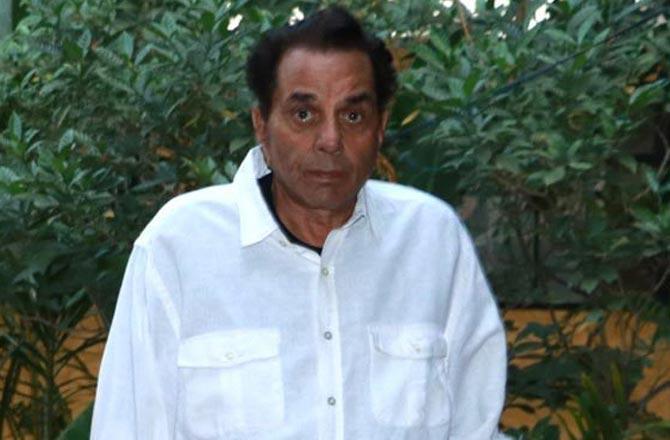 By sharing priceless throwback pictures with ‘Great Showman’ Bollywood legend Raj Kapoor on his 96th birth anniversary, veteran actor Dharmendra on Monday remembered the late star and penned an emotional note to mark the day. The ‘Apne’ star took to social media and shared a couple of monochromatic pictures to remember the legend who had delivered many hits during his career. Dharmendra shared an all-smiles picture of himself and Raj Kapoor as they hug each other. Along with the photo, the ‘Sholay’ star also penned down an emotional note remembering his late friend.

“Raj Sahab, today is your birth Anniversary. We miss you, Sir. You will always be remembered with great love and respect,” he noted. Dharmendra also shared a clip from his 1970 romantic drama ‘Mera Naam Joker’, in which they both shared the screen space.

Raj Sahab , today is your birthday Anniversary. We miss you sir . You will always be remembered with great love and respect ðÂÂÂ. pic.twitter.com/vMAFozKP6N

In another post on Instagram, the ‘Seeta Aur Geeta’ actor dug out another throwback picture, that shows the duo- Dharmendra Deol and Raj Kapoor spending good time at a party. More than 18,000 fans liked the post with many remembering the late star on his birth anniversary.

Film actor, producer and director — Raj Kapoor — is widely regarded as the greatest showman in the history of Indian cinema and entertainment. Winner of several accolades the iconic Bollywood star has been honoured with the Padma Bhushan in 1971 for his contributions to the arts. In 1987, the late actor was bestowed with the Dadasaheb Phalke Award.