Home EntertainmentBollywood Dhvani Bhanushali On Being Trolled For Her Privilege: “My Dad Can’t Do Anything If I Don’t Put Efforts”

Dhvani Bhanushali On Being Trolled For Her Privilege: “My Dad Can’t Do Anything If I Don’t Put Efforts” 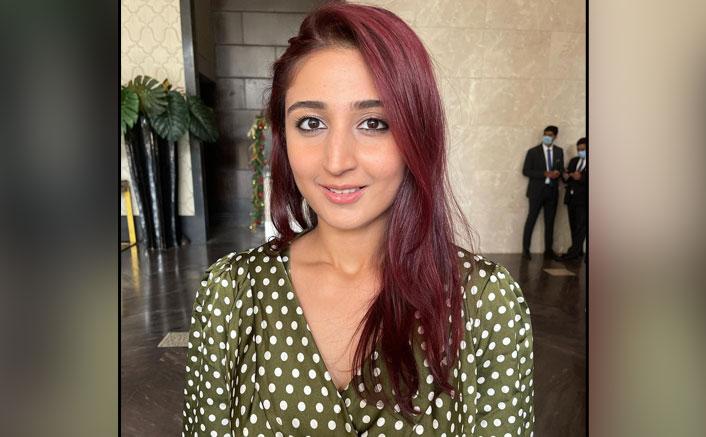 Dhvani Bhanushali is one of the most popular Hindi singers right now. Her song Vaaste which released in April 2019 went viral and crossed 1 billion views on YouTube. Before that her Leja Re also did very well and has got more than 734 million views so far.

Dhvani is busy promoting her latest song Nayan these days which released less than a month back. The song has already crossed 72 million views on YouTube and will soon cross the 100 million mark. In a recent interview, the singer opened up about her song and also her journey so far in the industry.

While talking to Pinkvilla, Dhvani Bhanushali was asked if breaking into the industry was a struggle or being accepted. She said, “I think both. Even now people are not completely open to that idea but we’re much better than what we used to be. I feel like if there are many artists that were like me or are like me .. I feel everyone’s expression is different and I’m always going to stand out. I have always had that in my head and I’ve done things. I never thought ‘competition nahi hai toh easy hoga’.”

Dhvani has become an extremely popular singer in the country in the past few years but she has paid a huge price for it. Like many Bollywood stars, she too has faced trolling on social media. Talking about the same, she said, “I feel like that. I feel like my “privilege” you know that my dad (Vinod Bhanushali) works in the company has, in a way, also acted against me. People have said stuff like ‘she can’t sing’ or she is basically there because her dad put her there. But I feel like that’s wrong..everyone has their own journey and my journey has been really difficult that you don’t see. My dad can’t do anything if I don’t put efforts.”

Earlier looking back at 2020, Dhvani Bhanushali said that she is content with her work, and the year turned out to be a great teacher. Speaking to IANS she said, “I’m truly content with my work this year. 2020 has been a great teacher. Having to work throughout the pandemic on multiple projects, has taught me the importance of keeping my personal and professional lives apart. It was great working with Guru Randhawa and Remo D’souza sir for ‘Baby girl’. Sure we had to take extra precautions for sanitization during the shoot, but I feel it’s all worth it as I received so much love and appreciation from my fans,” said Dhvani.