Home EntertainmentBollywood Dia Mirza: The industry is male dominated; a 50-year old actor is acting opposite a 19-year old actress

Dia Mirza: The industry is male dominated; a 50-year old actor is acting opposite a 19-year old actress 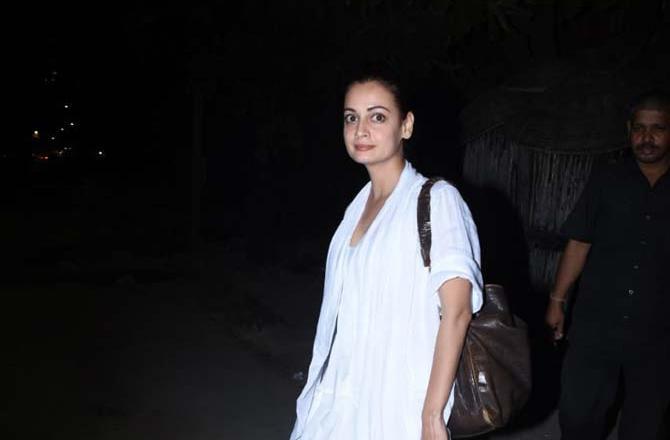 Dia Mirza is on the verge of completing two decades in the Hindi film industry. She made her Bollywood debut in 2001 with Rehnaa Hai Terre Dil Mein and went on to do films like Tumsa Nahin Dekha, Love Breakups Zindagi, Sanju, Lage Raho Munna Bhai, and more recently, Thappad.

And now, in an interview with The Times of India, she spoke about how the fraternity continues to be a male-dominated one, and how 50-year old actors are working opposite 19-year old actresses. She said, “The industry is male-dominated. Older men like to be cast opposite younger women to extend their own shelf life. It is bizarre that a 50-plus something actor is acting opposite a 19-year-old actress.”

Talking about the opportunities that are coming her way, Dia Mirza stated, “I think stories and opportunities for female characters have opened up significantly. There are more female representations now, more than ever. We have more female directors, DoPs, and editors. The number is lagging far behind even now but it is definitely more from the time I started working. It is that representation that has opened up the narration but I think that the advent of the OTT platform has truly given narratives that are driven from a feminine lens are increasing manifold. I am grateful for it.”

She added, “I hope that this expression of female actors allows them to play the leading part even when they are older. But the unfortunate truth of the matter is that stories are not written for the female older characters as much as the male ones. It is even more unfortunate to see an older man playing younger parts.”