Home EntertainmentBollywood Did Katrina Kaif delete a photo after fans spy Vicky Kaushal’s reflection in it?

Did Katrina Kaif delete a photo after fans spy Vicky Kaushal’s reflection in it? 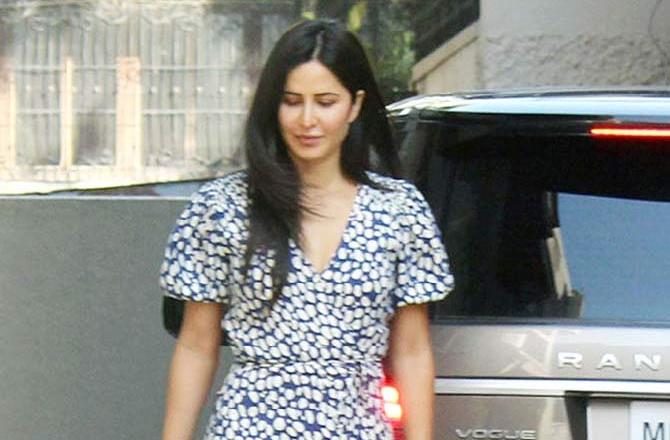 Katrina Kaif and Vicky Kaushal have been the latest gup of the Bollywood. From frequent visits at each other’s pad to partying together, Katrina and Vicky were spotted time and again by the paparazzi. Now, there is new speculation doing rounds on the internet, and people can’t keep calm ever since the fans figured the duo’s New Year plans. After going through a lot of feeds from Isabelle Kaif, Vicky Kaushal, Sunny Kaushal and Katrina Kaif’s account, fans predicted that the brother-sister duo has been together throughout the festive season.

After the Christmas celebration, Vicky and Katrina jet off to Alibaug, along with their siblings Sunny and Isabelle. Sharing the post on social media as she plays the game sequence with sister Isabelle, Katrina Kaif deleted the photo within a few minutes, when fans started speculating Viky Kaushal’s image in the reflection. Their game of sequence went viral on social media.

On the professional front, Katrina Kaif is all set to be India’s first female Superhero in Ali Abbas Zafar’s massively ambitious project. She also has Tiger 3 with Salman Khan, Bhoot Police with Ishaan Khatter and Siddhant Chaturvedi, and is also touted to star in Zoya Akhtar’s gangster drama with Ranveer Singh.

Also Read: Katrina Kaif has a special guest as she celebrates Christmas