Home EntertainmentGossips Did Ranbir Kapoor’s chef give a glimpse of the actor’s favourite roasted nuts on social media?

Did Ranbir Kapoor’s chef give a glimpse of the actor’s favourite roasted nuts on social media? 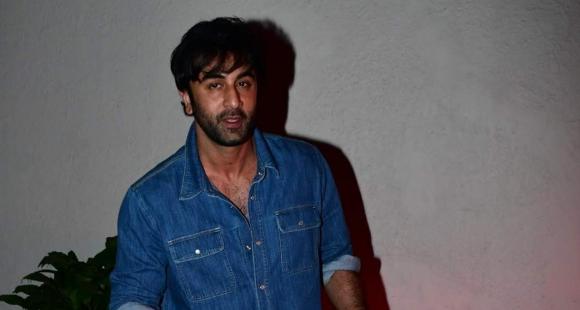 Ranbir Kapoor is currently in the capital city to shoot for his new project with Luv Ranjan. It features Shraddha Kapoor as the female lead. Did Ranbir Kapoor’s chef give a glimpse of the actor’s favourite roasted nuts on social media?

We earlier reported that Ranbir Kapoor and Shraddha Kapoor have jetted off to New Delhi to kick-start the shoot of their upcoming movie that has been helmed by Luv Ranjan. The actors’ photos from the airport went viral in no time. This is the first time that Ranbir and Shraddha will be collaborating on a project that has left all of their fans about it. In the meantime, the latest updates regarding the movie also surface on social media regularly.

There is no denying that ardent fans have a habit of keeping a tab on their favourite stars. We get proof of the same through the latest tweet of one of Ranbir Kapoor’s fans. This fan has shared a picture on Twitter that was originally shared by the actor’s chef on Instagram. The same netizen’s caption is kind of speculation that the packet of roasted nuts shown in the picture is for none other than Ranbir himself. Moreover, it is quite evident that the star”s chef has accompanied him to Delhi and we get proof of the same through his posts on social media.

Meanwhile, talking about the actor’s upcoming movie, it is yet to be titled. One of the recent reports states that Boney Kapoor and Dimple Kapadia will play Ranbir Kapoor’s parents in the movie. However, an official confirmation is awaited as of now. Now talking about the actor, he has some other projects lined up too for next year. Among them is Brahmastra that also features Amitabh Bachchan, Alia Bhatt, and Nagarjuna Akkineni. Moreover, another movie of Ranbir was revealed on New Year which is Animal co-starring Anil Kapoor and Parineeti Chopra.