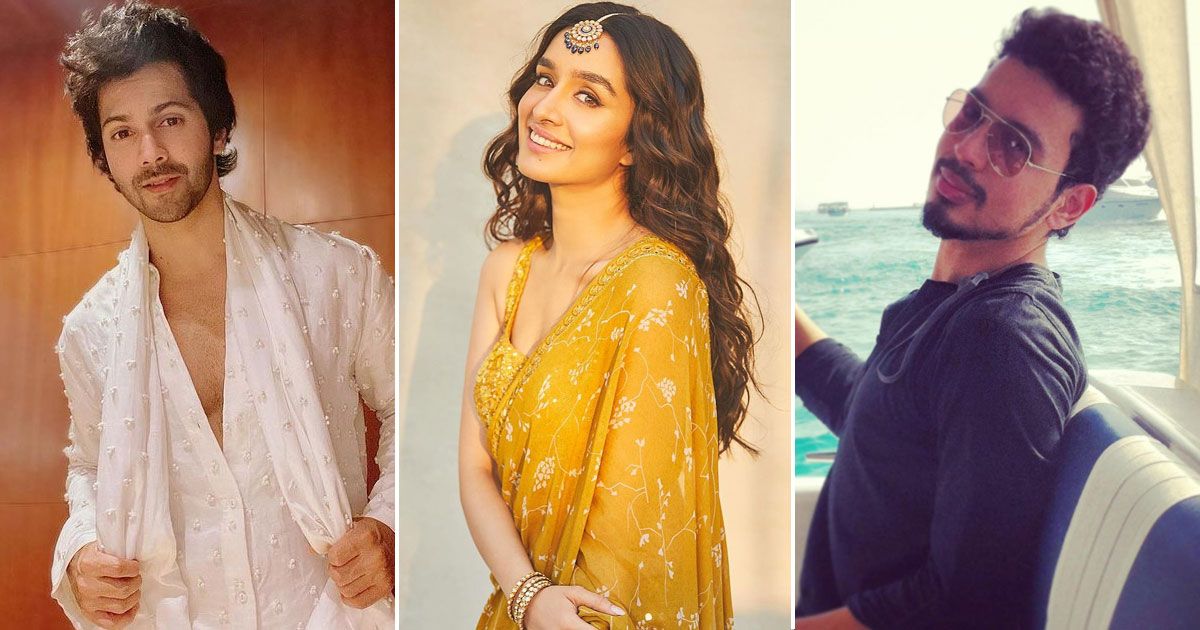 Varun Dhawan is currently grabbing all the eyeballs. And why not, the handsome actor just tied the knot with his long-time girlfriend Natasha Dalal. The couple has been childhood sweethearts and to see them tie the knot is a dream for many! The ceremony took place on Sunday with Karan Johar, Manish Malhotra, Shashank Khaitan being amongst the rare few B’Town members. Is Shraddha Kapoor next on the line to tie the knot? Read below for all the scoop!

For the unversed, Shraddha has long been linked to her celebrity photographer friend Rohan. They have been linked together after multiple spotting together. Jut not that, during a shoot clicked by Shrestha, many celebrities teased him with Kapoor. If that’s not enough, rumours were even rife that the duo will tie the knot in 2020.

Now, a spark has been ignited by Varun Dhawan all over again. Actually, Rohan Shreshtha took to Instagram and congratulated Varun for his wedding with Natasha Dalal. He wrote, “Congratulations VD and Nats. When you know you know! VD you’re a lucky guy.” To this, the newlywed actor replied, “I truly hope ur ready.” As expected, this grabbed the eyeballs of Shraddha Kapoor fan.

Fans have been speculating if this is a hint by Varun Dhawan. Many even mentioned how this could mean Rohan Shreshtha and Shraddha Kapoor are set to make an announcement soon. Truth? Only time will tell.

Meanwhile, check out the reply by VD below: 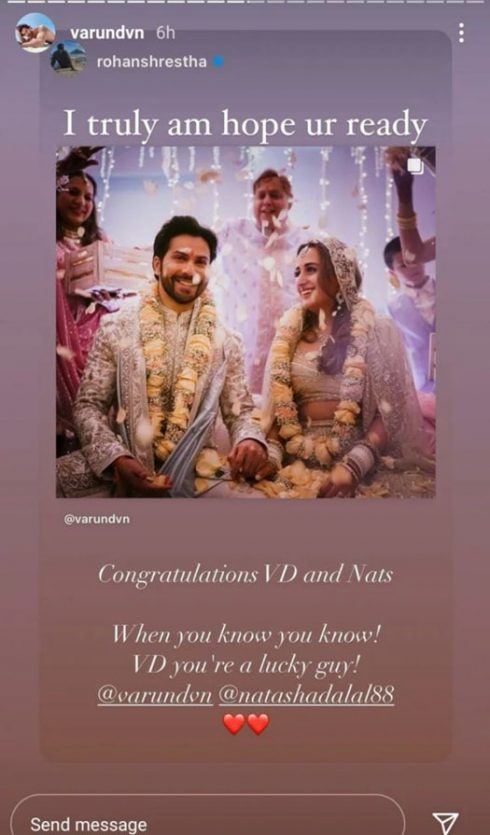 Previously, Shraddha Kapoor has denied all rumours regarding her relationship rumours with Rohan Shreshtha. In a conversation with Bombay Times, the Street Dancer 3D actress said, “Right now, I don’t have the time to think about anything apart from the movies that I am doing. And like you said, it’s only ‘buzz.”