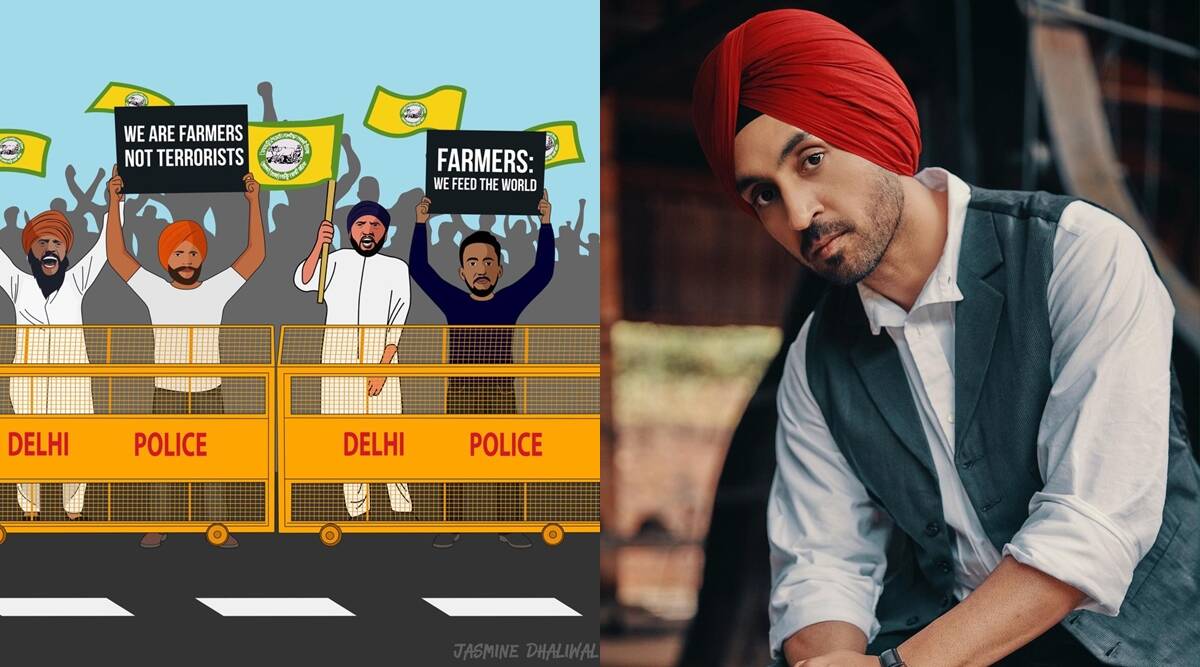 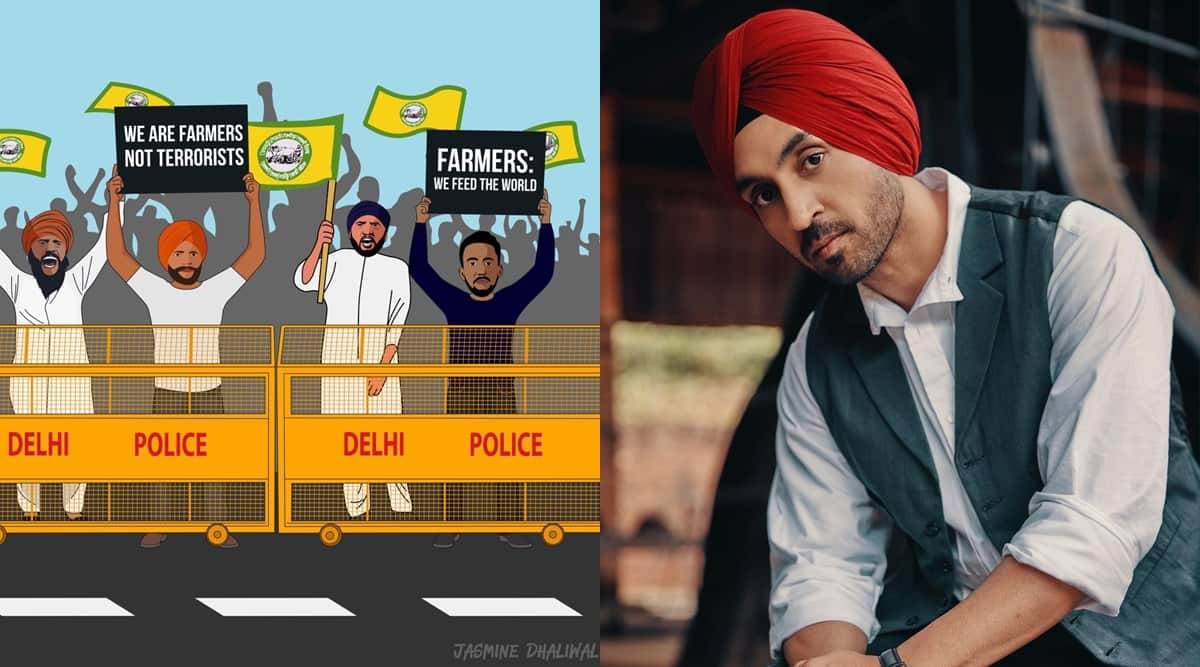 Punjabi stars Diljit Dosanjh, Ammy Virk, Guru Randhawa and Honey Singh among others have rallied behind farmers protesting against the three farm laws.

Peaceful sit-ins by farmers, mostly from Punjab and Haryana, continued for the sixth straight day today at the Singhu and Tikri borders, while the numbers of protestors swelled at the Ghazipur border.

Several Punjabi artistes have been regularly posting about the protests on social media, even requesting the government to listen to the farmers’ concerns.

“We are farmers, we are not terrorists (sic),” tweeted Diljit Dosanjh alongside a cartoon of protesting farmers holding placards featuring the same text. Diljit’s tweet came in the wake of allegations and insinuations made against the farmers by those opposing the protests.

Singer-actor Ammy Virk, in Punjabi, appealed to his fans to tweet and share the message of solidarity with the farmers, writing that every tweet and retweet counted.

Rapper Honey Singh has been posting pictures of farmers. The caption of one of the photos read, “My prayers with farmers Waheguru Meher karan!!”

Musician-actor Gippy Grewal posted a video of his colleague Gurpreet Ghuggi requesting the protesting farmers to not get provoked and peacefully continue protesting.