Diljit Dosanjh hits back after Kangana Ranaut’s video attacking him, writes ‘some people just want to watch the world burn’ 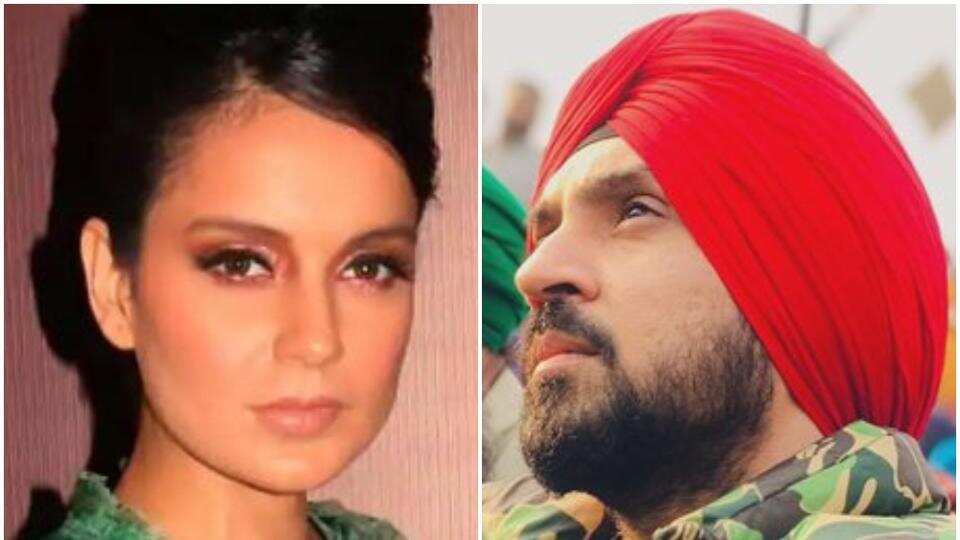 Singer-actor Diljit Dosanjh has shared a couple of indirect responses to actor Kangana Ranaut’s video on Saturday, in which she spoke about the ongoing farmers’ protests, and demanded to know why people like Diljit and Priyanka Chopra aren’t questioned about their stance on the matter. Kangana and Diljit have been involved in a Twitter feud over the protests.

Before Kangana posted her video, Diljit took to Twitter to share an audio note in which he said, in Punjabi, “Oh my god. I have to share something with you guys. There are two-three girls who are unable to digest their food until they chant my name in the morning. It’s just like a doctor prescribing two tablets in the morning and two in the evening. Only then are they able to digest food. One of those girls has a very irritating voice, so irritating. Don’t pay any attention to them. They will bark themselves hoarse. Ok ta ta”.

In the audio clip, Diljit laughs uncontrollably, and at one point tries to mimic someone’s voice, presumably Kangana’s.

In another tweet, he wrote, “Don’t spread hate. Karma is a very important thing. Hindu, Muslim, Sikh, Christian, Jain, Buddhist… We are all one, that’s what we’ve been taught since we were kids. Even today, people of all faiths work on the same film set, like family. Some people want to watch the world burn.”

In her video message, Kangana had said that it had been proven that the farmers’ protest is politically motivated. She said that she is always questioned about her political allegiances, but Diljit and Priyanka’s words are met with no resistance.

Diljit and Kangana’s Twitter spat reignited recently, when she wrote in a tweet, in Hindi, “I want Diljit Dosanjh and Priyanka Chopra, who are acting as local revolutionaries for the farmers, to make at least one video explaining to the farmers what they have to protest about. Both of them have disappeared after inciting farmers. Look at the state of the farmers and the country!”

The argument started with him referring to a tweet posted by her on November 27, in which she wrongly identified an old woman at the ongoing farmers’ protest as Bilkis Bano, the face of the Shaheen Bagh protest. After claiming that Bilkis was ‘available (for hire) in 100 rupees’, Kangana deleted the erroneous tweet. However, Diljit criticised her for spreading misinformation.