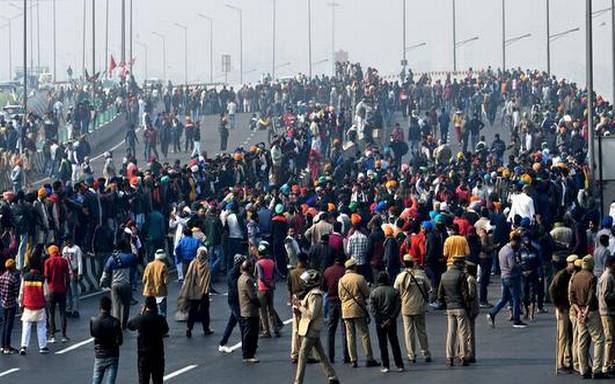 The Samyukt Kisan Morcha proposes December 29 for talks with the government.

Samyukt Kisan Morcha, a joint front of farmer unions, on Saturday accepted the Union government’s offer for talks putting forth a four-point agenda that includes modalities to be adopted for the repeal of the three farm laws and mechanism for legal guarantee for Minimum Support Price. The front suggested to hold the talks on December 29.

Announcing the decision of the farmer unions, Swaraj India national president Yogendra Yadav, at a press conference, said the front leaders were ready for talks with the Union government on December 29 at 11 a.m. and had put forth a four-point agenda.

Besides the revocation of three farm laws and the legal guarantee for the minimum support price (MSP), the agenda includes the amendments to be made and notified in the “Commission for the Air Quality Management in National Capital Region and Adjoining Areas Ordinance, 2020” to exclude farmers from the penal provisions of the Ordinance and changes to be made in the draft Electricity Amendment Bill 2020 to protect the interests of farmers.

Mr. Yadav said the farmers’ organisations were and had always been open to a sincere dialogue.