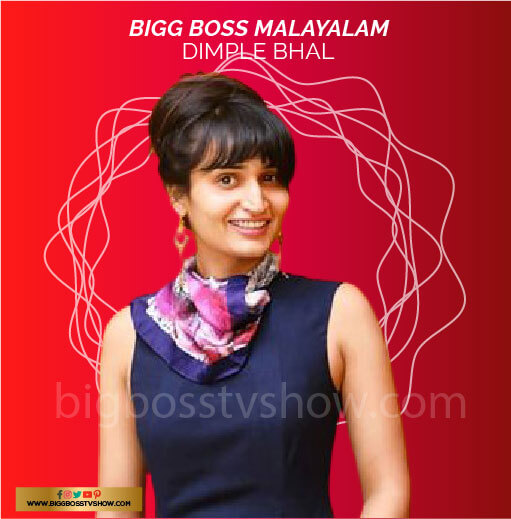 Dimple Bhal is the contestant of Bigg Boss Malayalam Season 3. Dimple holds an MSc in Clinical Psychology and an MPhil in Psychology. The curiosity of the name also lies in Dimple’s family background. His father hails from Meerut in Uttar Pradesh. His mother is a native of Idukki and Kattappana.

Dimpal, who works as a child psychologist, is also a cancer survivor. Dimple says the onset and return of rare cancer that affects the spine at the age of 12 played a major role in shaping the personality They say that they can understand the pain of others because they know what pain is.

Bigg Boss Malayalam Season 3 has started on Valentine’s Day in the presence of presenter Mohanlal. Mohanlal started by asking who was the winner of the last Bigg Boss. “Bigg Boss was the last game to be won by the villain. Covid 19, who defeated the whole world, not that villain. It’s been a Bigg Boss game for a long time, shutting everyone out of the house It’s one and a half game of a lifetime. You and I were all competitors in it. Mohanlal’s first task is to introduce the features and competitors.

Back to Top
Close Add post
X
Rithu Manthra Bigg Boss, Wiki, Bio, Age, Family – Bigg Boss Tv Show…Biography  This time the list of contestants is a proof that there will be many surprises in Bigg Boss Malayalam 3. The list includes new faces as well as fami…

X
Kitilam Firoz Bigg Boss Wiki, Bio, Family, Age – Bigg Boss Tv Show…Biography  ‘Kitilam Firoz’, also known as Firoz A. Aziz, is the face of confidence that has been added to the name ‘Kitilam’. Feroz is one of the most recogniz…
close