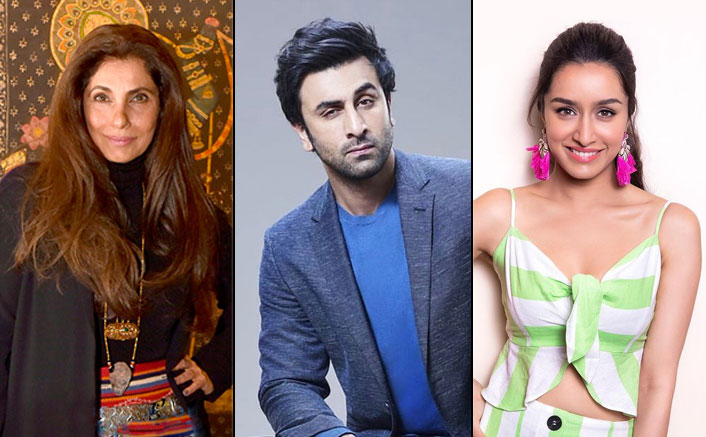 Dimple Kapadia is on a roll! She was last seen in Christopher Nolan’s Tenet and earned praises for the same. Reportedly, she is also the part of Shah Rukh Khan’s much-talked-about comeback film, Pathan. If this wasn’t enough, the veteran actress is now said to be roped in for another film, which is Ranbir Kapoor and Shraddha Kapoor’s next.

Yes, we are talking about RK’s next with Luv Ranjan. The film has been in news for a long, but finally, seems like everything is falling in place. As per reports, both Ranbir and Shraddha have left for Noida to kickstart the shoot of the film. And back here, the remaining casting is in full force.

As per the latest reports, Dimple Kapadia and Boney Kapoor are signed to play Ranbir Kapoor’s parents. While it’s another biggie in the kitty for Dimple after Pathan, Boney too is enjoying a demand post his debut in AK vs AK. A source close to ETimes said, “Boney was their reference point. While the filmmaker had refused the offer, Luv persisted. He asked Arjun Kapoor to convince him and the actor promptly reached out to him, and also got Anshula, Janhvi, and Khushi to do the convincing. Eventually, Boney gave in.”

A few weeks back, we learnt that Dimple Kapadia has already started shooting for Pathan. As per strong reports, Dimple will be leading Shah Rukh Khan and team (RAW agents) in the film.

The report in Mid Day confirmed of Dimple starting work on Pathan. “Dimple has been flooded with offers post her appearance in Tenet. She loved the script of Pathan and immediately agreed to be part of the film. She plays a RAW [Research & Analysis Wing] officer who helps Shah Rukh Khan’s undercover agent in his mission. She has a 20-day schedule in Mumbai,” the source quotes.

Must Read: Anil Kapoor Confesses To Doing These Films For Money Amid Tough Times, Has No Regrets!