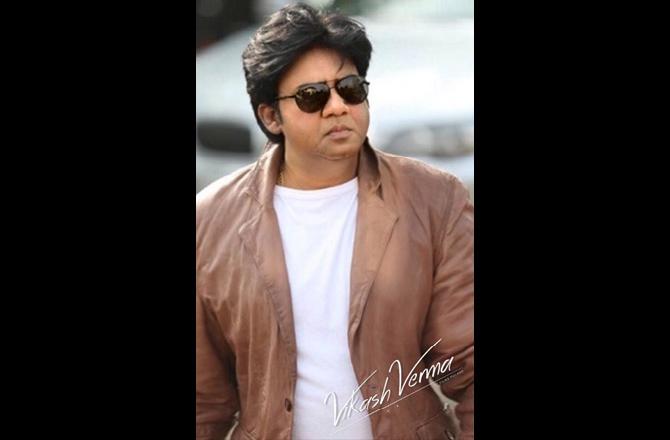 Bollywood director Vikash Verma gears up for the release of India’s first Indo-Polish film No Means No for a spring 2021 release, tentatively on March 22nd, 2021. The film is produced by g7 Films Poland and is touted as one of the most expensive films in the history of Indian cinema.

And speaking about Bond between 2 countries, it was revealed that India’s very own James Bond Dhruv Verma is a member of wonderful star cast that is bringing this story to life. He has worked hard on his physique to do justice to his character.

Elated Vikash Verma says, “Making this movie is a historical event, as it’s the first Indo-polish film ever made. It is 80% filmed in Poland and 20% in India. Both the countries have kept a close relationship even before WWII. It has been a goal for India and Poland to strengthen such relations further through the movie industry and they have been working on it for some time now. Amidst film festivals and mutual promotions, the time has now come to solidify this productive union with an incredibly high budget film.”

The film is also backed with the best music team that a high budgeted film could ask for. Music is produced by legendary Hariharan accompanied by his sons Akshay Hariharan and Karan Hariharan along with singers Shreya Ghoshal, Rishav Nagh and Indian Idol Judge Arvinder Singh. The music production aimed for European sounds to the score of the film. The use of cellos, pianos, and voices from Germany, Belarus are the highlights.

The fate of high budget film, No Time to Die (Hollywood film) and No Means No directed by Vikash Verma is hanging due to the uncertainty of the Pandemic. They plan to hit the cinemas in early 2021 spring. Similarly, films like Sooryavanshi and 83 are also following the same path from Jan to Mar 2021.

Vikash Verma, who’s mission is to bring more power and strengthen the union of these two countries, and bringing awareness to younger generations of the importance of this bond through this larger than life romantic action film. The living legend of Indian Cinema, Producer-director Rajkumar Kohli known as Father of 70 mm reel, whose most of the movies did Golden Jubilees in theatres such as Gora Aur Kala, Bees Saal Baad, Naagin, Jaani Dushman to name a few. He taught him film direction and treated him like his eldest son. Vikash’s next big directorial The Good Maharaja is in pre-production stage too which is a true story based on World War-II.