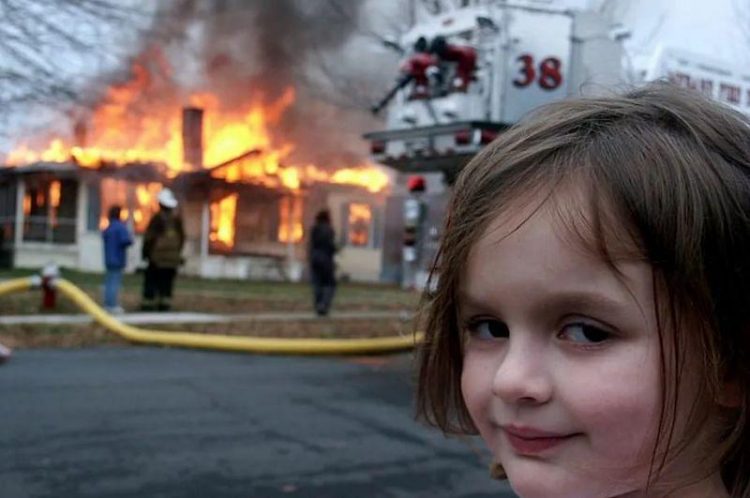 The original copy of a photo that went viral in 2005 and became known as the “Disaster Girl” meme has been sold as a nonfungible token (NFT) for nearly $500,000.

Zoë Roth, the woman who as a child was captured in the photo smiling as a house burned in the background, sold the image at an online auction earlier this month. Her father took the image when she was 4 years old in front of a burning house in Mebane, North Carolina. Firefighters had intentionally set the blaze as a controlled fire.

As part of the sale, Roth and her father Dave Roth, who captured the image, maintain the copyright of the photo and will also receive 10% of future sales, according to The New York Times.

She is now a student at the University of North Carolina at Chapel Hill, told the Times that she decided to sell the original photo as a way for her to take control over an image that has spread widely over social media for years.

According to reports, Zoe Roth plans to use the money from the Disaster Girl meme to pay off her student loans and donate the rest to charity.

As usual, the internet cannot contain its excitement over the rise of NFTs and memes making their way into art and cryptocurrency. It’s not every day that readers find out that an internet meme has sold for a huge $500,000.