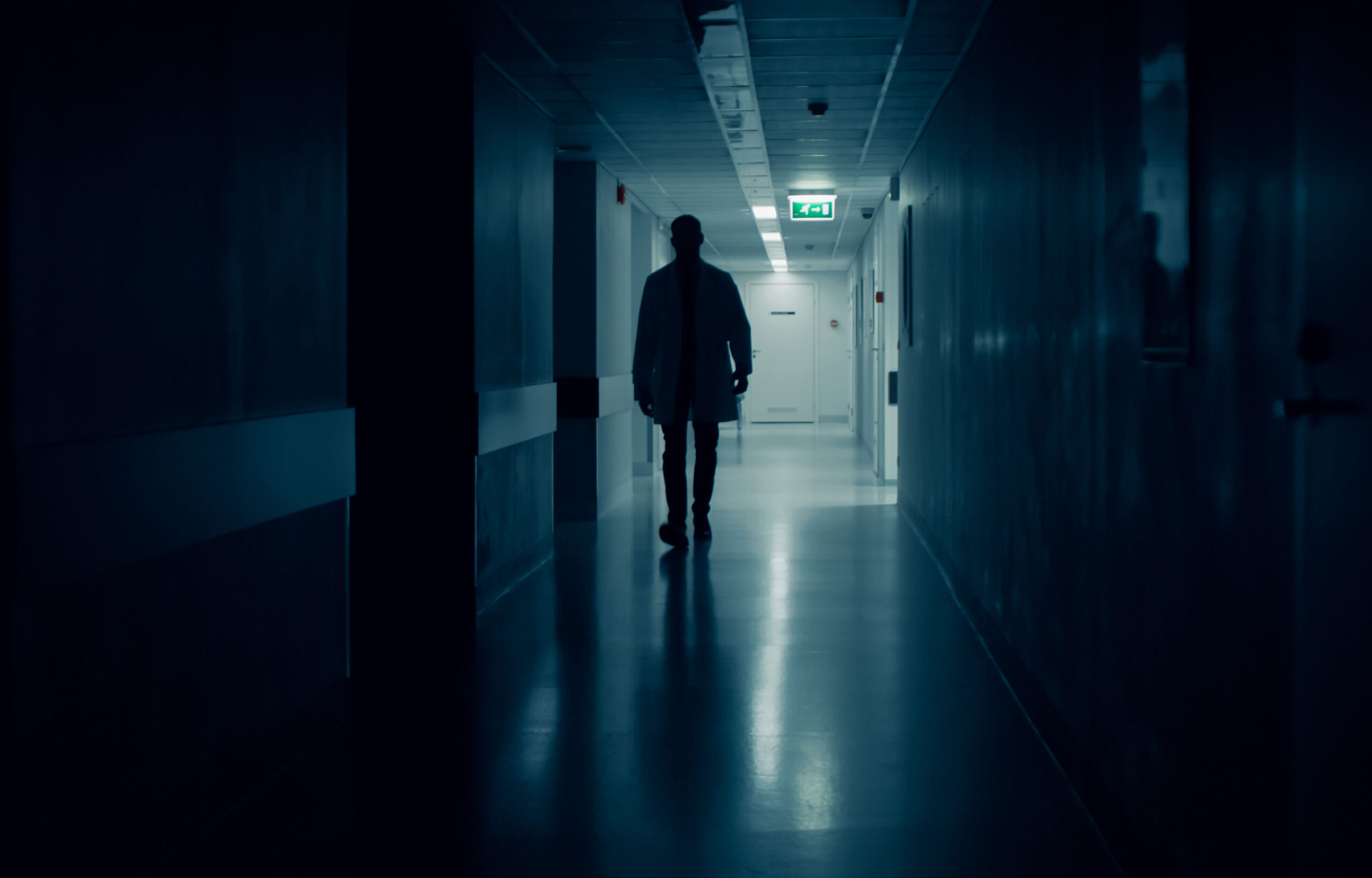 The American health care system may be buckling under the weight of the coronavirus pandemic, but one number is inexplicably falling.

Disciplinary actions against doctors were down sharply in the first 9 months of 2020, with 4,393 adverse action reports recorded against physicians in the National Practitioner Data Bank, a federal registry of health care professionals and facilities. That compares with 5,225 reports in the same period in 2019, a nearly 16% decline, according to figures provided to CNBC by the U.S. Department of Health and Human Services.

The totals include 3,752 actions taken by state licensing boards compared with 4,521 in the same period in 2019. Also in 2020, through September, 641 doctors had their clinical privileges limited or suspended compared to 704 such actions in the same period a year earlier.

The reasons for the declines are unclear. The pandemic forced widespread delays in non-Covid-19 procedures, with one study projecting more than 28 million elective surgeries delayed or canceled in 2020. Patient advocates also point to the shortage of doctors during the pandemic, the crush of seriously ill patients, and even the hero status of health care workers serving on the front lines of the crisis.

The president of the Federation of State Medical Boards denied that the doctor shortage was a factor in states taking fewer actions against doctors last year.

“The guiding light, our North Star, is to protect the public,” Dr. Humayun Chaudhry told USA Today in September. “It’s the facts of the complaint and the case. The workforce issue does not factor into individual cases.”

However, the drop in reports to the National Practitioner Data Bank almost certainly does not mean that the issue of problem doctors has gone away, patient safety experts say, despite major reforms in recent years.

“The mechanism is there. And as a matter of fact, it’s required. And yet it still doesn’t work,” said Dr. Lucian Leape, a retired professor of health policy at the Harvard School of Public Health.

Leape told CNBC’s “American Greed” that despite a host of safeguards — like requirements that incidents be reported to the data bank and that doctors be credentialed and evaluated on a regular basis — there are still too many incentives to maintain the status quo.

“Even when you do it right,” he said, “people fight back viciously because their livelihood is at stake. And that’s a deterrent. Nobody wants to spend their time in court defending the fact that they asked this guy to leave.”

Leape is quick to point out that problem doctors represent a tiny fraction of the profession. Yet their impact can be disastrous.

Neurosurgeon Christopher Duntsch — who became known as “Dr. Death” — was able to practice in at least four Texas hospitals over a three-year period despite dozens of botched surgeries and two patient deaths. In 2017, a Texas judge sentenced Duntsch, 49, to life in prison following his conviction on a single count of intentionally injuring an elderly person.

This photo provided by the Dallas County Jail shows Christopher Duntsch. A Texas jury has found the neurosurgeon guilty Tuesday, Feb. 14, 2017, of maiming patients who had turned to him for surgery to resolve debilitating injuries.

That patient, 74-year-old Mary Efurd, was left a paraplegic after Duntsch botched her spinal surgery. Fellow surgeon Robert Henderson, who took over Efurd’s care after the incident, told “American Greed” that the complications were so severe that he wondered if Duntsch really was a doctor.

“I couldn’t imagine anybody who had taken an anatomy course in medical school doing this much damage,” Henderson said.

But in fact, Duntsch had an extensive and genuine resume, including a medical degree from the University of Tennessee in Memphis and a prestigious fellowship in spinal surgery.

Duntsch did not respond to multiple requests from “American Greed” for comment.

Prosecutors said that Duntsch was able to stay active for so long because of the many cracks in a system that is supposed to weed out bad doctors. Among the supposed safeguards is the the requirement that incidents be reported to the National Practitioner Data Bank, which Congress established in 1986 specifically to keep problem physicians from moving from hospital to hospital.

Two days after a committee at Baylor-Plano Hospital in Dallas found that Duntsch had violated its standard of care in two botched surgeries, Duntsch simply resigned rather than be fired. A firing would have been reportable to the data bank. A resignation was not.

The hospital has since changed its name to Baylor Scott and White. In a statement, spokeswoman Jennifer McDowell declined to address specifics of the case.

“Dr. Duntsch, who began his career in North Texas with impressive credentials and glowing recommendations, in the end hurt families, co-workers, and the trust we all hold in physicians,” McDowell wrote. “Out of respect for the patients and families involved, and the privileged nature of a number of details, we will continue to limit our comments. There is nothing more important to us than serving our community through high-quality, trusted healthcare.”

In another instance, Dallas Medical Center granted Duntsch temporary privileges. He was not put on staff. Reporting requirements for the data bank apply only to staffers.

“Everybody knows when you’re required to report, and nobody likes to destroy anybody’s reputation,” Dallas County Assistant District Attorney Michelle Shugart, who prosecuted Duntsch, told “American Greed.”  “And so, they use these little techniques to find ways to avoid having to report somebody.”

In a statement to “American Greed,” Dallas Medical Center spokesman Vince Falserella said the facility has come under new ownership since Duntsch’s time there.

“The administration which was in place during that time period is no longer at the hospital,” he wrote. “Dallas Medical Center has a thorough physician credentialing process that meets all industry standards, best practices, and National Practitioner Data Bank guidelines and regulations in order to ensure the safety of our patients.”

Another hospital, Legacy Surgical Center in Frisco, said it has changed owners since Duntsch practiced there. The fourth, University General in Houston, has closed.

None of the hospitals was charged with criminal wrongdoing. The Texas Department of State Health Services initially fined Baylor Plano $100,000 in 2014 for violating the state administrative code, but subsequently reversed the finding without explanation.

Shugart believes some facilities were motivated by something more sinister than merely avoiding the hassle of reporting a bad doctor.

“Neurosurgeons are one of the most lucrative aspects of a hospital’ s business,” she said. “The financial incentives are a huge part of what was driving him and what was driving the people all around him.”

“These people have enablers,” he said. “That neurosurgeon didn’t get his patient out of thin air. Doctors refer patients. Neurosurgeons get their patients from other doctors.”

To make matters worse, patients have few options to check out a doctor in advance. The National Practitioner Data Bank is confidential to the general public — you can learn the numbers of complaints, but not the doctors or facilities behind them.

Because of that, Leape believes it is important for patients who have a bad experience with a doctor to report it.

“They have to make some noise,” he said. “They should go to the board of the hospital and say, ‘You have to do something about this person’.”

Ultimately, Leape believes regulations need to be tightened. He favors a federal patient safety agency with the teeth to enforce standards and remove bad doctors, rather than the current patchwork of state regulators and hospital committees.

“We’re asking people to regulate their own profession and regulate themselves, and that people just can’t do that,” he said.

Leape said hospitals — particularly large chains — have begun putting a higher priority on patient safety. But he said that consciousness can only go so far.

“The systems are only as good as the people in them,” he said. “Systems work when people make them work.”

See how Christopher Duntsch earned the nickname “Dr. Death,” and how he got away with it for so long. Watch an ALL NEW “American Greed,” Monday, Feb. 1 at 10pm ET/PT only on CNBC.

Disciplinary actions against doctors have plunged during the pandemic, but that doesn't mean they are behaving

X
Reddit-fueled investing mania will end with many losers, says expert who predict…BusinessBloombergReddit Crew May Find Commodities Harder After Roiling Silver(Bloomberg) -- Signs that the silver market was about to get hit by a GameStop-st…
close