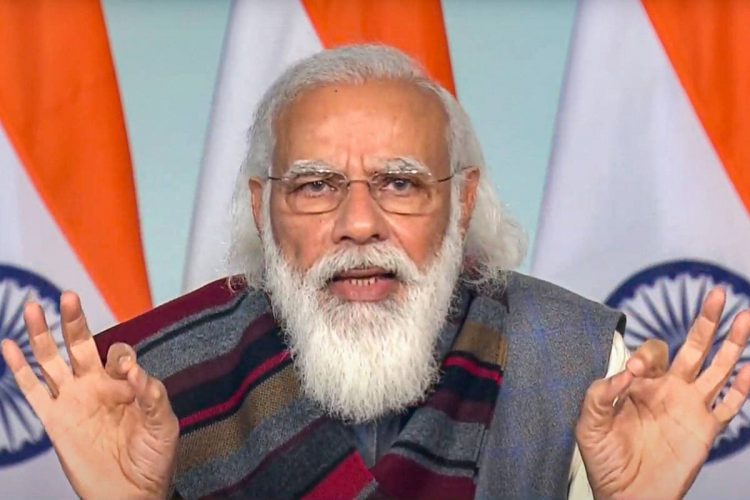 Asserting that growth patterns must follow a human-centric approach, Prime Minister Narendra Modi on Monday said discussions on global growth cannot happen only among a few as the “table must be bigger” and the agenda broader. Addressing the 6th Indo-Japan Samwad Conference via video conferencing, Modi said in the past, humanity often took the path of confrontation instead of collaboration. “From Imperialism to the world wars. From the arms race to the space race. We had dialogues but they were aimed at pulling others down. Now, let us rise together,” Modi said.

“Discussions on global growth cannot happen only between a few. The table must be bigger. The agenda must be broader. Growth patterns must follow a human-centric approach. And, be in harmony with our surroundings,” he said. Modi also called for keeping humanism at the core of policies.

“We must make harmonious co-existence with nature as the central pillar of our existence,” he said. In his address at the conference, the prime minister also proposed the creation of a library dedicated to traditional Buddhist literature and scriptures. “We will be happy to create such a facility in India and will provide appropriate resources for it,” he said.

The library will collect digital copies of all such Buddhist literature from different countries, he said. It will aim to translate them, and make them freely available for all monks and scholars of Buddhism, Modi added.

“The library will not only be a depository of literature. It will also be a platform for research and dialogue – a true Samwad between human beings, between societies, and between humans and nature,” he said. Its research mandate will also include examining how Buddha’s message can guide our modern world against contemporary challenges, Modi said, noting that Lord Budha’s teachings command the strength to turn the discourse from enmity to empowerment.