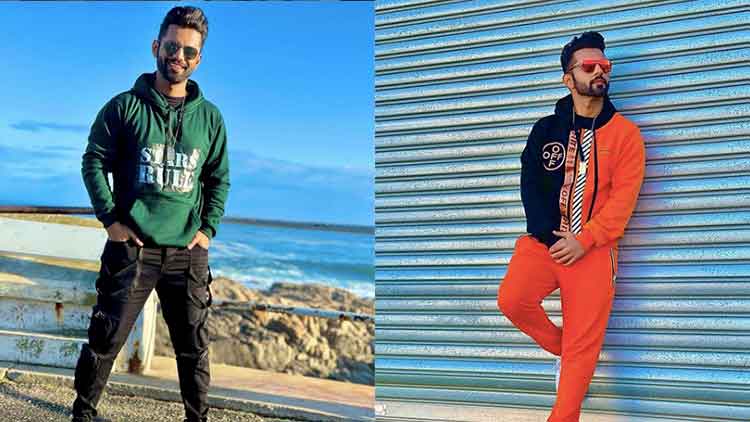 Khatron Ke Khiladi season 11 has already created a stir amongst the audience even before its premiere. The season has a fabulous line of contestants who shot in Cape Town last month.

The show is all set to premiere on Colors on 17 July.

At the press conference of the show, singer Rahul Vaidya who is a contestant this season spoke to News Helpline about the show and much more.

Sharing his experience working on the show, he said, “The show was very difficult than what I had thought. Disha told me to come back in one piece from the Khatron Ke Khiladi shoot. When you perform the stunts, it is then you realize the difficulty level. “

Rumors are that he is amongst the top three contestants this season, talking about the same, he said, “I wish I could tell you. But I would definitely like to say there were many people who were doubtful of me being a part of this show. When they will see me perform the stunts, I am sure they will not be disappointed.”

Talking about his toughest competition in the show, he said,”Every stunt was different and you had to perform with someone different. But I would say Vishal was very good with every stunt. “

Talking about performing with Abhinav Shukla, he said, “One stunt I performed with Abhinav which will definitely trouble Rubina a lot but audience will love to see it.”

Rahul is getting married to Disha Parmar on 16 July. Talking about his wedding preparations, he said, “I just got 16 days to prepare for my wedding..Because of Covid, I am restricted with my guest list, so still managing that. But I want everyone to bless us.”

'Disha told me to come back in one piece from Khatron Ke Khiladi shoot', Rahul Vaidya