Home EntertainmentTV Disney And ViacomCBS Slate Virtual Upfronts In Familiar May Slots, But Other Moves Show Ad Traditions In Flux

Disney And ViacomCBS Slate Virtual Upfronts In Familiar May Slots, But Other Moves Show Ad Traditions In Flux 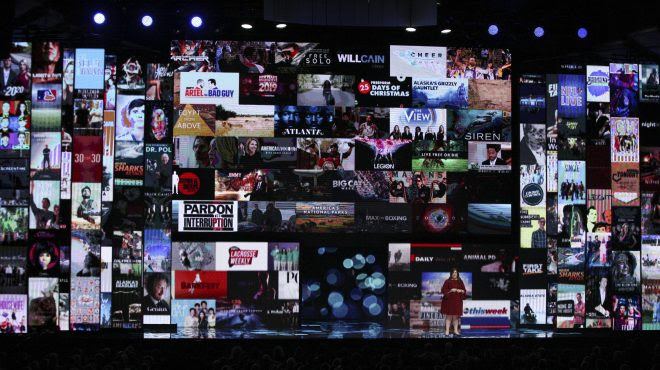 ViacomCBS and Disney have staked out familiar ground during mid-May for their upfront pitches to advertisers, but early signs indicate that 2021 will see continued rethinking of the annual ad-buying ritual.

The ViacomCBS event will be held May 19, in virtual form due to ongoing Covid-19 restrictions on travel and public gatherings. The single-day event follows a two-day edition last year, which was held May 18 and 19. This year’s upfront will highlight the offerings of the full network portfolio, from CBS to cable networks like Nickelodeon and MTV as well as streaming platforms. CBS All Access will be rebranded next month to Paramount+.

Disney, meanwhile, is making some significant shifts even as it preserves its presence in the traditional broadcast upfront week, adding a tech showcase on February 23 and a “development event” on March 23. The company will host a virtual upfront on May 18, which has long been the date when an ABC-led event took place in New York’s Lincoln Center. But it has also added two lead-up events, creating three points of contact with advertisers and other partners, and also ending the involvement of Hulu in the NewFronts. Hulu, which was jointly run by Disney, Fox and NBCUniversal before Disney took full control of the streaming service, was among the early standard-bearers at the NewFronts since the showcase started in 2009.

The Hulu presentation will be folded into the May 18 event hosted by Disney Advertising Sales. In addition to Hulu, it will feature ABC, ABC News, Disney Channels Worldwide, Disney Digital, ESPN, ESPN+, Freeform, FX Networks and National Geographic.

The Disney Platform Technology Showcase on February 23 will aim to highlight Disney’s technology investments and approach to data, measurement, ad experiences and transactions with marketers. The March 23 event will focus purely on programming.

NBCUniversal has not identified a date as of yet for its conventional upfront. Its recently added what it plans to be an annual element in its approach, a tech-style event called “One21” that will showcase the full capabilities across Comcast, NBCU and Sky.

Fox and the CW, the other broadcast networks with a presence during the mid-May spate of presentations traditionally held in fabled New York, are still finalizing their plans. Especially coming off a turbulent 2020 and facing deep uncertainties about the  but they are increasingly looking to disrupt the traditional spring upfront timing and September-to-May programming emphasis. The pattern took shape decades ago in part due to automakers launching new car models each fall.

The TV ad business, which is collectively worth at least $60 billion a year, has been in flux due to rising streaming adoption, cord-cutting and declining ratings. Those trends have all accelerated during Covid-19, with ad dollars shifting to streaming. NBCU launched Peacock last year as an ad-focused entry into streaming, while Hulu’s ad business has added billions to the service’s subscription revenues. WarnerMedia plans to introduce an ad-supported tier of HBO Max this year.

Momentum has been building for the TV industry to formally adopt a calendar-year approach to upfront selling and TV ratings, which is a direction media sales teams have already been moving in recent years.