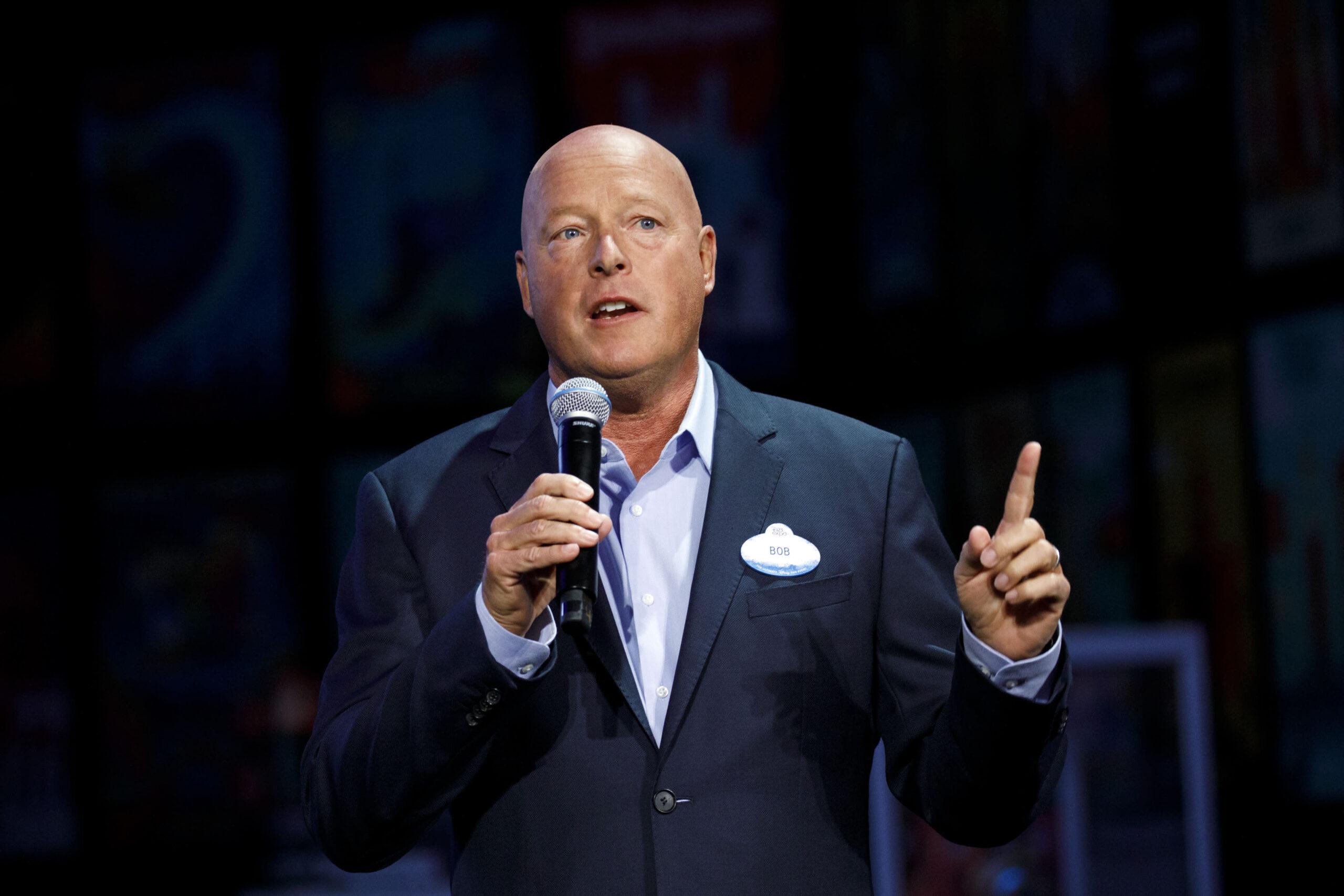 Bob Chapek, CEO of the Walt Disney Company and former head of Walt Disney Parks and Experiences, speaks during a media preview of the D23 Expo 2019 in Anaheim, California, Aug. 22, 2019.

Disney’s streaming service Disney+ continues to gain subscribers. On Thursday, the company revealed that the platform now has 86.8 million subscribers during its annual investor day. That’s up from the 73 million that the company reported at the end of its fiscal fourth quarter.

Shares of the company rose 3% on the news.

The company’s newly minted strategy, which focuses heavily on its year-old streaming service Disney+, is all about “quality not volume,” Disney’s chairman and former CEO Bob Iger said.

Iger, who left the helm of the company nine months ago to focus on content, said “quality holds value.”

During the investor day presentation, Disney offered insight and updates about its trio of streaming services including new shows in the Star Wars universe as well as a Hulu series set in the “Alien” universe.

Here’s a breakdown of each:

On the heels of rival Warner Bros. announcing that it will release 17 films on HBO Max and in theaters on the same day next year, analysts and investors are keen to see how Disney will maneuver through the uncertainty still poised by a global pandemic.

Kareem Daniel, head of the company’s new media and entertainment distribution group, said that theatrical release help establish franchises. Something Disney has done well in the last decade with blockbusters from Marvel and Star Wars.

Dave Filoni and Jon Favreau, the masterminds behind “The Mandalorian” are co-producing two additional series exclusively for Disney+ — “The Rangers of the New Republic” and “Ahsoka.”

RELATED:  Valentine’s Day 2021: This is how Bipasha Basu, Shilpa Shetty, Gauahar Khan are celebrating the day of love

As previously announced, “Andor” is coming to Disney+ in 2022. The 12 episode show follows K-2SO and Cassian Andor from “Rogue One” and has been called a spy thriller.

The Obi-Wan Kenobi show, helmed by Deborah Chow, is set 10 years after the events of “Revenge of the Sith.” Kathleen Kennedy, the head of Lucasfilm, announced Thursday that Hayden Christensen will reprise his role as Darth Vader along side Ewan McGregor in the title role.

“Lando,” a series following the smooth-talking Lando Calrissian, will also come to Disney+ in the coming years. There will also be a show called “The Acolyte” which takes place during the final days of the High Republic. It has been dubbed a “mystery-thriller.”

The Bad Batch is a collection of unique clones who have a genetic variation that sets them apart from the rest of their clone brothers that are part of the Clone Army. They are a formidable crew and a fan favorite squad in the series.

In addition to Taika Waititi, Kennedy announced that Patty Jenkins would be entering the director’s chair to helm a Star Wars film due out Christmas 2023. The film will be called “Rogue Squadron.”

Outside of the Star Wars universe, Lucasfilm is also creating a series based on the Jim Henson film “Willow” starring Warwick Davis.

Theatrically, Lucasfilm will bring the final Indiana Jones film to the big screen in 2022. The film is set to be shot during spring 2021. Additionally, there will be an adaption of “Children of the Blood and Bone” by Tomi Adeyemi.

The company will also release the animated feature “Raya and the Last Dragon” on premium video on-demand through Disney+ and in theaters at the same time.

Rebecca Campbell, Disney’s head of international operations and direct-to-consumer, said the launch in Latin America was a strong success for the company and Disney+ will launch in Eastern Europe, South Korea and Hong Kong in 2021.

In Europe, Canada, Australia, New Zealand and Singapore will have Star integrated into the Disney+ app starting Feb. 23, 2021. In Europe Disney is raising the price to 8.99 Euro and the local equivalent in other markets.

Disney+ is also adding an “opt-in to mature content” feature which will allow older audiences to sign in and watch titles like “Logan,” “Modern Family” and “Atlanta.”

The company announced that it had struck a deal with Comcast to bring Disney+ and ESPN+ to the cable company’s set top boxes and platforms and reach more than 20 million Comcast cable and internet customers.

As of Dec. 2, the company said it has 38.8 million Hulu subscribers and Hulu+ Live TV has 4 million paying subscribers, the fifth largest pay TV provider overall. Recently, the company raised the platform’s price to $65, up from $55.

The success of films like “Palm Springs,” “Run” and “Bad Hair,” Disney will use 20th Century Studios and Searchlight to create original movies exclusively for Hulu.

The platform will also be host to a show called “Only Murders in the Building” starring Steve Martin, Martin Short and Selena Gomez as well as “The Dropout,” a show about Elizabeth Holmes starring Kate McKinnon.

The streaming platform will also have new seasons of “Ramy,” “The Great” and “The Handmaid’s Tale.”

The Kardashian family, which are ending their show “Keeping Up With the Kardashians” in 2021 after season 20, will be coming to the platform, the company said.

Kris, Kim, Kourtney, Khloe, Kendall and Kylie will create global content that will stream exclusively on Hulu in the U.S. This content is expected to debut in late 2021.

The FX channel, which has original content on Hulu, has granted “It’s Always Sunny in Philadelphia” has another four seasons and will have new shows called “The Old Man,” starring Jeff Bridges and “Reservation Dogs” from Taika Waititi.

FX will feature an “Alien” series based on the world of the “Alien” movie franchise. The platform will also have a show called “Shogun” based on the best-selling novel by James Clavell.

On Thursday, the company said it had 11.5 million ESPN+ subscribers.

Disney has secured a deal with the SEC to add the Southeastern Conference to ESPN+ starting with the 2024 season. ABC will also become the home for Saturday afternoon games in 2024.

The company is also going to lean into sports betting in an effort to reach younger audiences.

The platform has also given Steve A. Smith getting his own ESPN+ show and is bringing back “Peyton’s Places” for a second season.

Disclosure: Comcast is the parent company of CNBC.

US Accuses China of ‘Obstructing’ WHO Probe on Covid, ‘Peddling’ Questionable Vaccines