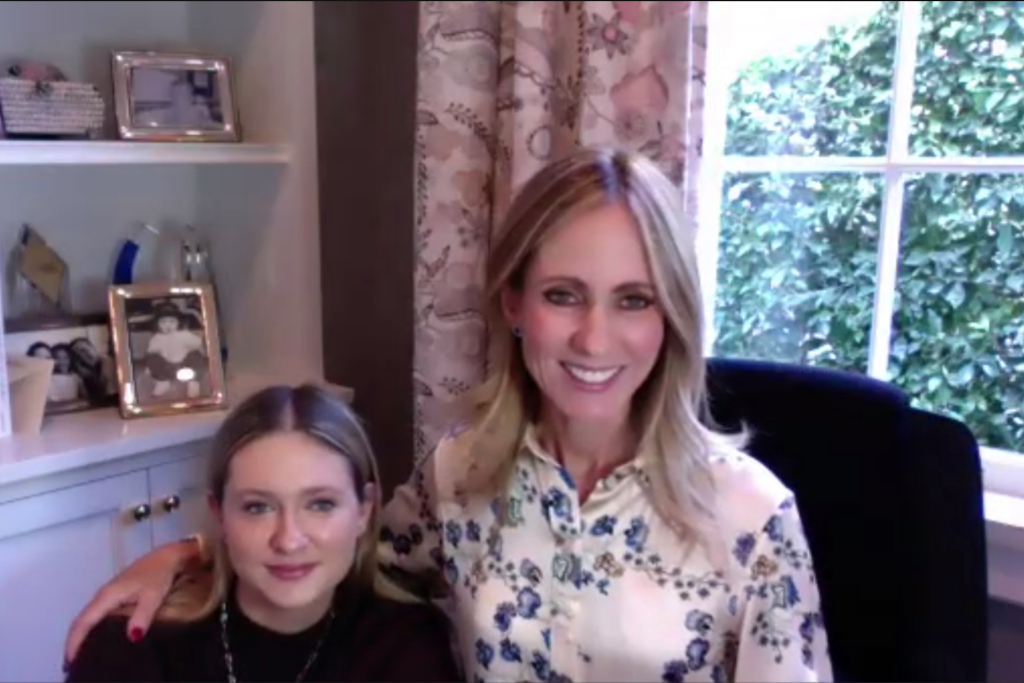 Dana Walden has seen a lot of major changes during her time in the entertainment industry and she doesn’t see things slowing down any time soon.

The Chairman of Entertainment at Walt Disney Television talked up the new opportunities for smaller production companies and young, diverse voices over the next ten years in a wide-ranging interview at the Harvard Undergraduate Women in Business conference.

She also discussed how Covid has impacted the television business and Walt Disney’s television operation and talked about the importance of gut feeling in a data-driven world. She also revealed how she got Peter Chernin’s attention 25 years ago.

Walden said it was “hard to imagine” what the industry will look like in ten years as “change is happening so rapidly”. “Our business right now is in a little bit of a period of contraction. We’re seeing the bigger companies that are growing and acquiring different littler companies and trying to make sense of ‘How can a Netflix control all of the shows that it distributes on its own platform’, which is creating a little bit of a disadvantage for production companies that want to stay independent. Whether it’s Disney or Amazon or Warner Bros. with HBO, AT&T really, and Comcast, you see all of these big companies that are trying to figure out how to control as much of their content as possible,” she said.

“Once the contraction is at a certain point and when we’re out of Covid and a lot of opportunity opens again, there will be greater opportunities for smaller production companies over time that artists will want to be with a smaller company to curate their ideas and figure out exactly what’s right. That will lead to all sorts of other opportunities. If you’re a viewer of great content, you’re going to be really happy, because the next ten years is going to bring significantly more artists, storytellers and great consumer products to viewers. We’re going to see a great ten years of growth and opportunity.”

One of the major opportunities, she said, was a more diverse slate of shows, highlighting Disney-affiliated series including Dave, Ramy and Atlanta as well as Michaela Coel’s HBO series I May Destroy You. She said that there are so many “newer voices on the scene” and this trend of emerging storytellers will only continue with the proliferation of platforms. She said, for instance, shows on youth-skewing network Freeform, need to be told by young storytellers, who are more in tune with their audience. “We are at an extraordinary moment in the content business and it’s because of diversity of stories,” she said.

She added that she’s proud of how Disney has done in terms of making its organization “look like the “like the audience we serve” and that starts with hiring senior executives of color and women. “We have welcomed in amazing creative and business leaders, executives of color, decision makers at the highest level. That’s where it has to start if we want meaningful change,” adding that these execs are “magnets” for the best talent to make “effortlessly” diverse content.

On Covid, Walden said it had been an “unthinkably” difficult year as Disney General Entertainment shut down around 150 shows but she praised shows such as General Hospital and The Bachelorette for being “trailblazers” in terms of getting back into production and was proud that on its productions, its Covid transmission rate was under 1%, particularly given the spike in Los Angeles over the last few months.

On a broader level, Walden said that the common thread for all of its shows, whether it’s Buffy The Vampire Slayer, The Simpsons or 24, was that the initial idea “scares” her.

“Over time, I learned that when I feel that fear and my heart does a second beat, lean into that. Lean into ideas that make you afraid,” she said. “In the streaming world, we talk a lot about algorithms and data but I still don’t think there’s anything that can replace a great executive’s ability to listen to an idea and say ‘That’s the right one’ and ‘That’s not the right one’.”

When asked what she urged young people wanting to make their voice heard in the business, she reiterated a story about how she moved out of Fox’s publicity department into a creative role. She said that during a company retreat in 1995, she decided to impress Peter Chernin, who she’d met multiple times but always said ‘Nice to meet you’.

“I thought I’m not making the right impression. I’m going to pick my shot, be very honest and very candid what I think about our business. I’m going to say something that means something to him. When the time came to give a short presentation, I was very honest that our studio wasn’t making the right kinds of deals, weren’t working with the storytellers to make the shows. I laid out a strategy of how we could be more meaningful with creators. I knew something good had happened because I was seated next to him at dinner that night. The result of that dinner, was an opportunity to move out of publicity and after spending some time with Peter, I was given the opportunity to move into creative area,” she said.