Divya Agarwal says her identity will remain the same till eternity; beau Varun Sood’s response will win your hearts 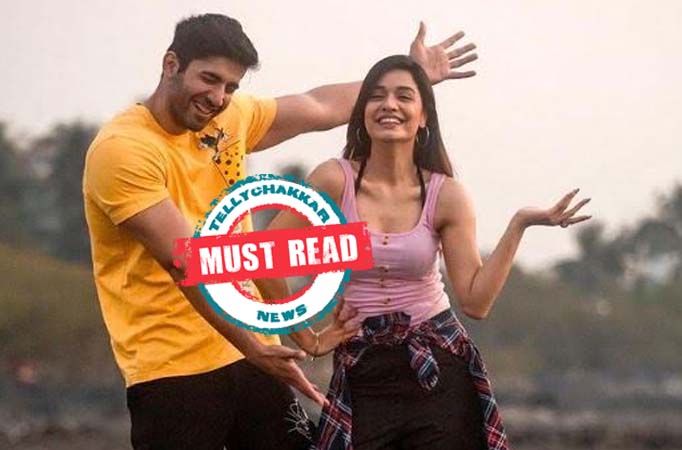 Divya Agarwal’s recent post has grabbed a lot of attention. 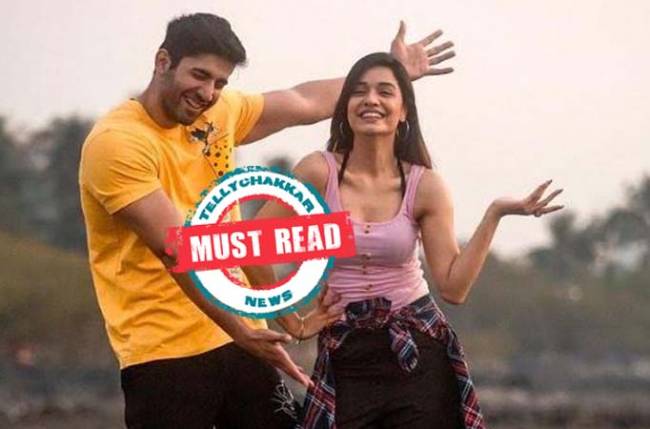 MUMBAI: Divya Agarwal became popular among the viewers after her participation in the famous youth-based show Splistvilla 10. Later, the actress appeared in another well-known reality show MTV Ace Of Space 1 along with her best friend Varun Sood.

Love blossomed between the two on the sets of the show and they started dating soon after that. Divya and Varun have been inseparable ever since then. The duo has given major relationship goals and fans simply love seeing them together.

Varun and Divya are currently together and are enjoying this phase of their lives. However, fans are always eager to know when they are going to take their relationship to the next level. The couple is often asked about their marriage plans.

Well, Divya seems to have had enough of it and her recent post proves it.

The actress shared a beautiful picture with her boss lady attitude. The picture was captured by her beau Varun.

Divya wrote in her post how it has bothered her a lot when people are interested in her marriage plans and that’s all they want to know. No one asks her about her work. Divya says that she wants to be known for her work.

Varun has always been extremely supportive of his ladylove and had the most beautiful answer to Divya’s post. 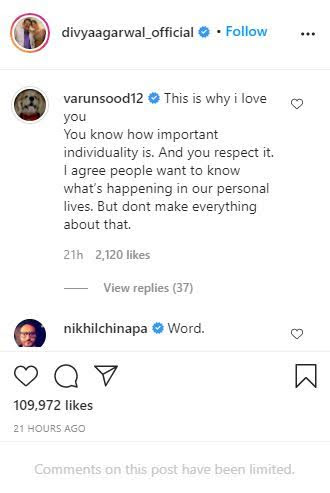 Well, Varun has proved his love for Divya yet again and also that he is the right person who will always stay by her side.