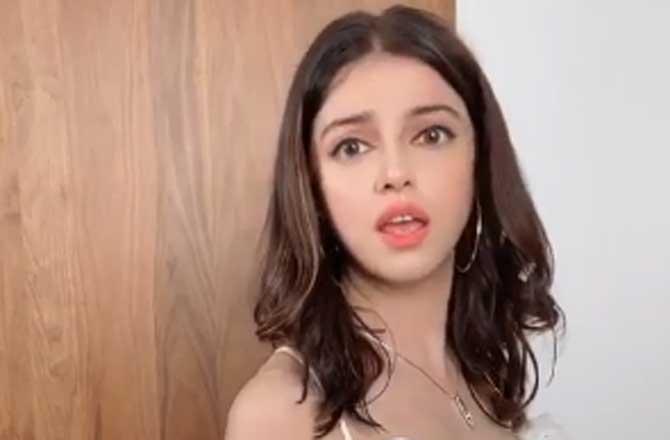 Divya Khosla Kumar is paired opposite John Abraham in the forthcoming vigilante action film Satyameva Jayate 2. She describes John as a giving co-actor with whom she shares a happy and beautiful relationship.

“I am happy to be a part of ‘Satyameva Jayate 2’ along with John Abraham. He is such a good co-star. I share a very happy and beautiful relationship with him and he is really giving as a co-actor. I think our chemistry is also looking really good in the film,” said Divya, while interacting with IANS. The Milap Zaveri directorial also features Manoj Bajpayee, Amyra Dastur and Nora Fatehi in key roles, and is set to release on May 12, 2021, coinciding with Eid.

Divya opened up about her upcoming film while promoting the recently-released music video of B Praak’s song Besharam Bewaffa, in which she appears with Gautam Gulati and Siddharth Gupta. The song is written and composed by Jaani, and the music video is directed by Radhika Rao and Vinay Sapru.

The new B Praak song is a blockbuster hit like almost all that the singer has been singing. Besharam Bewaffa has garnered over 1.2 million views on YouTube since release.

“I feel happy when the audience connects with my work, be it my previous films or music videos. There are a lot of teenage girls who have created fan pages for me on social media and they put up really good content of mine on social media, so I am thankful to my fans for their love and support,” she said.

Opening up on Satyameva Jayate 2, Divya clarified her character’s name in the film is Vidya and not Sita Rameshwar, as mentioned in the Wikipedia page of upcoming vigilante action film.

“It is not Sita Rameshwar. My character’s name in the film is Vidya. It is wrongly mentioned there, and you should never trust Wikipedia. Anyone can edit anything on that platform,” she laughed.

Talking further about her character, Divya added: “Milap has very beautifully visualised this character for the film and he told me that he wanted a very strong woman. She is very elegant and a perfect example of the Indian woman yet she has a very strong personality,” she said.

She added: “We are still shooting for the film. Yesterday, I came here in Mumbai for three days from Lucknow where we are shooting the film. I will resume shooting of the film on December 2, and we will shoot the film till January.”