Diwali 2020: Anushka Sharma stuns in her traditional outfit, dresses up to sit at home and eat 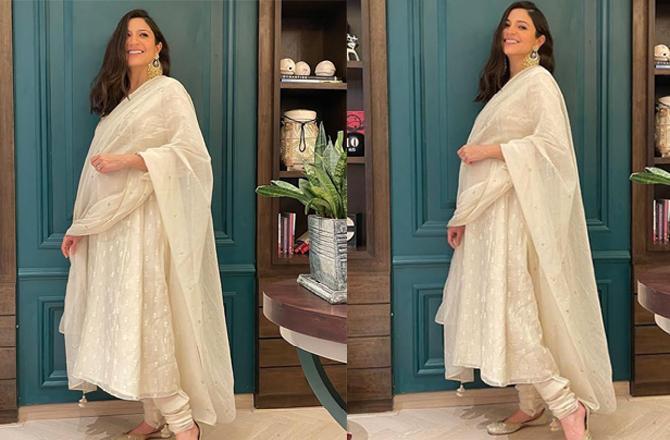 Since it was the occasion of Diwali yesterday on November 14, almost everyone from the Hindi film industry shared a glimpse of their celebrations with family. Anushka Sharma posted a picture today on November 15. She may have been a little late to the party but made sure she stunned everyone with her post.

Taking to her Instagram account, Anushka Sharma shared some pictures with her fans where she could be seen slaying in her traditional outfit for Diwali. And it was her caption that stole the show, this is what she had to write- “Got all dressed up to sit at home and eat . And it was great. Hope you all had a beautiful Diwali.” [SIC]

Mouni Roy had this to comment on the post- “Happy Diwali beautiful,” with the Diyas and the crackers emojis. Sharma and Virat Kohli are all set to embrace parenthood very soon and fans are gung-ho about the news. The couple is expected to welcome their child and embrace parenthood in January 2021. They tied the knot on December 11, 2017 at a private ceremony at Borgo Finocchieto in Tuscany, Italy. The wedding was a floral-themed one with only the couple’s families and a few friends in attendance.

Anushka Sharma began her career in 2008 with Rab Ne Bana Di Jodi, and went on to do films like Band Baaja Baaraat, Jab Tak Hai Jaan, PK, Dil Dhadakne Do, Sultan, Ae Dil Hai Mushkil, Sui Dhaaga, Sanju, and Zero. She has been on a hiatus since the release of the film in 2018 but been active as a producer and bankrolled content like Paatal Lok and Bulbbul.

This unknown fact about Kapil Sharma will take you by surprise

PHOTOS: Shaheer Sheikh opts for all black casual outfit as he gets papped in...

HBO Max Picks Up Hit Israeli Series ‘On The Spectrum’ From ‘Fauda’ & ‘Shtisel’...