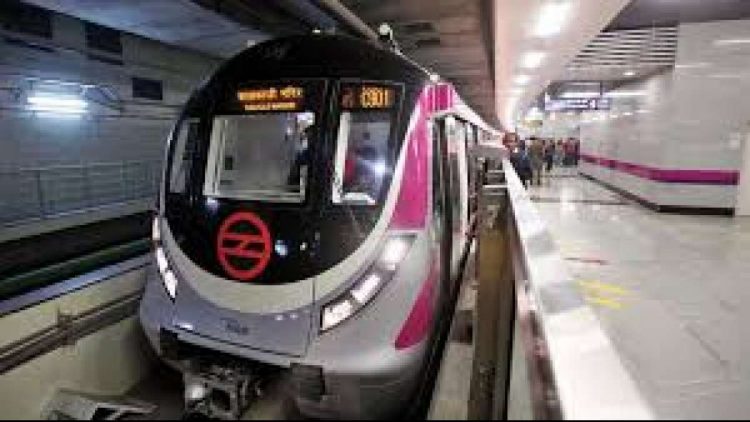 India will soon get its first driverless metro train by December with Prime Minister Narendra Modi flagging it off on December 28.

The announcement was made by the Delhi Metro Rail Corporation (DMRC) on Thursday evening.

On the same day, the PM will also launch a fully-operational National Common Mobility Card (NCMC) for travel on the Airport Express Line of Delhi Metro, the DMRC further informed.

The trials of DMRC’s new ‘driverless trains’ were started in December 2017, along the 20-km stretch on Pink Line. Notably, the line was yet to be commissioned back then. The trials were to test the automation of the new metro trains, that were equipped with Unattended Train Operations (UTO) and CBTC (Communication Based Train Control) signalling systems.

Will all Delhi Metro trains become driverless from December 28?

No, the driverless train operation (DTO) will only be applicable for Line 7 and Line 8 of the DMRC network which coemes under the Phase III expansion. These corridors are equipped with an advanced signalling technology which makes the transition possible.

The DMC is starting the driverless metro service from Line 8.

How safe will the driverless metro trains be in unattended train operation (UTO) mode?

DMRC has stated that current operations already involve a significant degree of automation.According to a report in the Indian Express, high-resolution cameras, once installed, will obviate the need for manual monitoring of tracks from the drivers’ cabins.

Will the metro trains continue to have drivers onboard?

For the time being, the trains will have drivers on board. Until DMRC switches to the UTO mode, it will have trained metro operators, on board to help in case of emergencies. However, that will not be the case once the metro finishes equipping all the trains with high-resolution cameras to detect rail defects. Then the metro will also gradually remove the cabins meant for drivers and cover all the control panels.

What will change from December 28?

The driverless trains are to operate on the Magenta Line and are said to eventually operate on the Pink Line as well, that were made as part of the Phase-III of the DMRC.

Notably, the new driverless trains have undergone several technological upgrades and are equipped with several advanced features. To increase passenger comfort, many additional features have been added to them. The DMRC trains are designed for a maximum speed of 95 kmph and an operational speed of 85 kmph.

Initially, drivers will be deputed for operating the trains but they will be gradually withdrawn.

“These new-generation trains are suitable to eventually run on UTO mode, that is, train operators will not be required to operate these trains and the Operations Control Centres (OCC) of the Delhi Metro system will directly regulate the movement of the trains,” a DMRC official had earlier said.

“These trains would be more energy-efficient than the earlier trains of the Delhi Metro because of improved design features such as better regeneration of energy during braking, energy efficient sub systems like LED lighting and air conditioning systems,” the DMRC had said.

Presently, the Delhi Metro network stretches to about 389 km with 285 stations. The network has now crossed the boundaries of Delhi to reach Noida and Ghaziabad in Uttar Pradesh, and Gurgaon, Faridabad, Bahadurgarh and Ballabhgarh in Haryana.