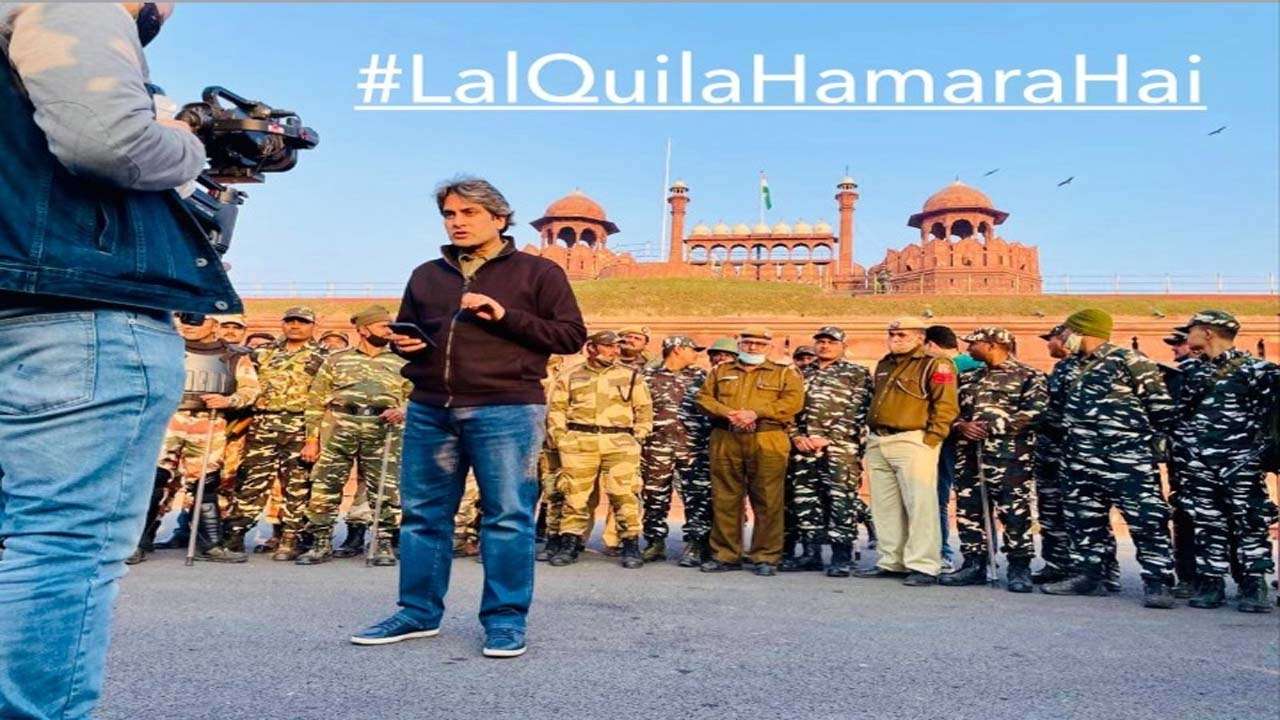 A day after thousands of farmers vandalised Red Fort in the name of protests and hoisted the flag of a particular religion from the ramparts of the historical monument, Zee News Editor-in-Chief Sudhir Chaudhary visited the Red Fort to give an exact ground of the violence and vandalism unleashed by the so-called farmers at Red Fort. Zee News hugely popular show DNA was not done from studio but it was done directly from Red Fort today. Our hashtag #LalQuilaHamaraHai trended on top on Twitter for several hours.

On Republic Day (January 26), several farmers protesting against the farm laws overwhelmed the police and stormed into the historic Red Fort complex in New Delhi after tearing down barricades and driving tractors through roadblocks. the video of the violence showed that several policemen and paramilitary personnel were forced by the rampaging mob to jump over a 15-foot wall at the Red Fort complex to escape a mob.

In the video, the farmers can be seen thrashing the policemen and paramilitary personnel with lathis and sticks. As the farmers rushed inside the Red Fort complex to attack the security personnel, they tried to save themselves by jumping over the metal railing to drop at least 15 feet to the grassy knoll below.

The iconic Red Fort remains red faced with a story of shame to be told to the world. The scale of the damage caused in Tuesday’s mobocracy and vandalism is yet to be fully assessed. But most of the damage was seen, as of yet, outside the Red Fort at ticket counters, security posts and baggage scanners. The protesters also vandalised a CISF gypsy.

In his press conference, Delhi Police Commissioner SN Shrivastava said that 19 accused have been arrested and 50 people have been detained. They are being questioned. Shrivastava said, “By January 25 evening, it came to fore that they (farmers) were not keeping their words. They brought forward aggressive & militant elements who occupied the stage & delivered provocative speeches that made their intentions clear.”

Police Commissioner said that more than 25 criminal cases have been registered by the Delhi Police. “We are using the facial recognition system and taking the help of CCTV and video footage to identify the accused. No culprit will be spared.”

RELATED:  Bigg Boss 14: Abhinav Shukla is asked if he’ll part ways with Rubina after the show; Here’s what he has to say