Home EntertainmentBollywood Do you know how much Milind Soman was paid for his first ad campaign?

Do you know how much Milind Soman was paid for his first ad campaign? 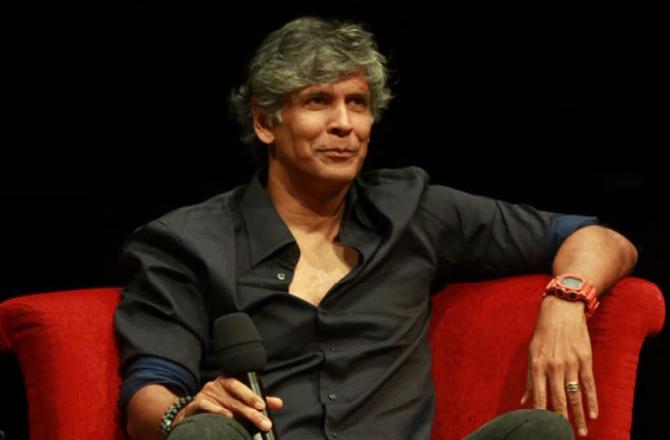 Milind Soman is considered one of India’s top supermodels. Right from the time he featured in Alisha Chinai’s music video ‘Made In India’ in 1995, to today when people look up to him as a fitness icon, Milind Soman never really disappeared from the spotlight.

Recently, Soman shared an interesting snippet from his modelling days on Instagram. He shared that for his first ad campaign, he was paid a whopping Rs 50,000 for a hour’s work!

Milind Soman posted a couple of photos and wrote, “My first advertisement campaign 1989! Before this campaign I did not even know that modeling was a profession. It was a surprise phone call, out of the blue, from a person who had seen me somewhere, asking me to shoot a few pics. Having been a really shy boy, I was reluctant. But when they offered Rs 50,000 for an hours work, I had to say yes. thank you Rasna Behl”

Getting paid a good amount for your very first assignment must have been quite a high and encouraging, don’t you think? We wonder if this encouragement and adulation propelled Milind towards making a career in modelling! Be that as it may, he soon climbed the ladder of success and made his Bollywood debut with the film Tarkieb in 2000, which also starred Nana Patekar, Tabu, Shilpa Shetty, Aditya Pancholi, and Ashutosh Rana.

The supermodel-actor-fitness icon got married to Ankita Konwar in April 2018 in Alibaug. The couple frequently shares loved-up pictures with each other on social media, and have set all-new relationship goals.

Also read: Milind Soman On Posting His Nude Picture: Why Not? If You Don’t Want To Follow Me, Don’t Follow Me