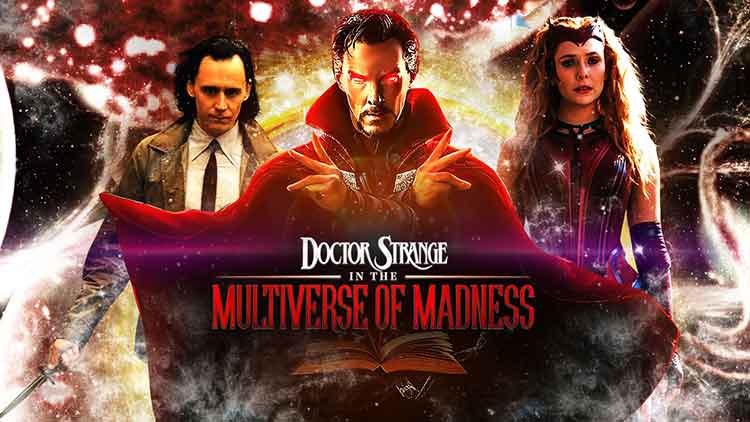 One of the characters or superheroes of the favorite of all time – “Doctor Strange” is coming once again to entertain us and to trap us in his mysterious world on March 25, 2022, in the United States. You can watch the trailer on Youtube Channel.

Doctor Strange in the Multiverse of Madness is an upcoming American superhero film based on the Marvel Comics character Doctor Strange. It is considered to be the sequel to ‘Doctor Strange(2014)’.

The Film ‘Doctor Strange in the Multiverse of Madness’ had made it to its place at 28th position in Marvel Cinematics Universe(MCU). It is produced by Marvel Studios and distributed by Walt Disney Studios Motion Pictures.

It is too early to say what is the precise budge of the movie. As post-production will not be completed until early 2022 as per the sources.

The script of the film is written by Jade Bartlett and Michale Waldronand the music is composed by Danny Elfman. The film is directed by Samuel M. Raimi, who is an American film director, producer, screenwriter, and actor and known for creating the cult horror Evil Dead Series and directing the Spider-Man Trilogy (2002-2007). He also directed the film Darkman (1990). A Simple Plan (1998), the Gift (2000), Drag Me to Hell (2000) & OZ the Great and Powerful (2013).

The story of the film flows on the following events of Avengers: Endgame, Wanda-Vision, and the first Season on Loki.

Dr. Strange continues researching on the ‘Time Stone’ as it was obstructed by a friend-turned-enemy (Karl Mordo), resulting in strange unleashing unspeakable evil.

The Film ‘Doctor Strange in the Multiverse of Madness’ star the cast including,