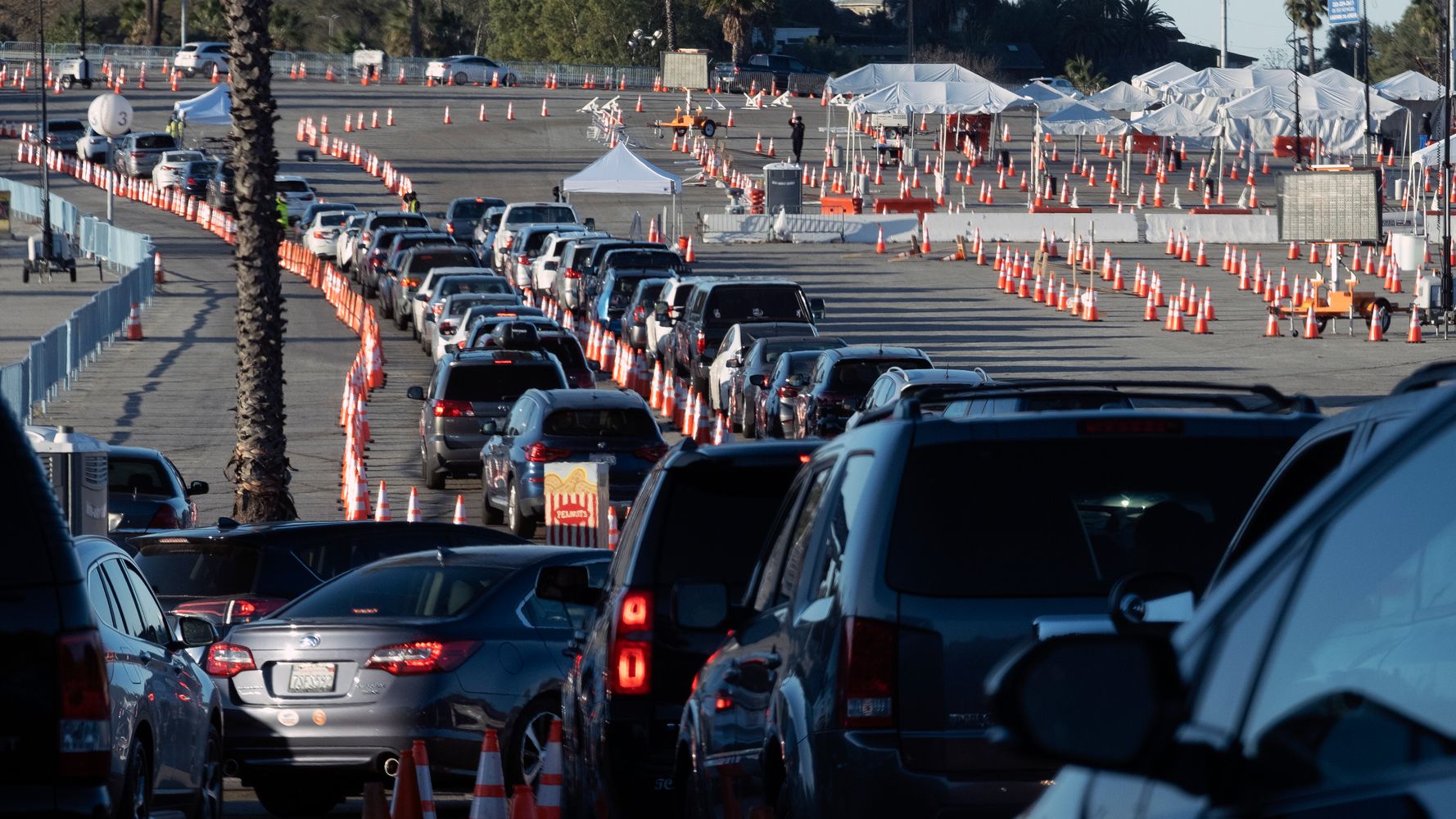 Anti-vaxxer and far-right protesters blocked the entrance of a mass vaccine site at Dodger Stadium in Los Angeles Saturday, forcing officials to temporarily shut down the operation.

Dozens of protesters holding aloft signs reading “Save Your Soul,” and “COVID = SCAM” halted traffic, stranding hundreds of people desperate to get the life-saving injections.

The Los Angeles Fire Department closed the site at mid-afternoon, the Los Angeles Times reported. It was reopened about an hour later, reported NBC News.

There were no arrests, according to NBC, which infuriated critics on Twitter.

The site is one of the largest vaccine operations in the nation.

One witness told the newspaper that protesters were lying to motorists that the vaccine is fake — or dangerous. One protester was captured on video telling a driver: “Wow. Have fun being a byproduct of Bill Gates.” Another warned: “You are becoming a lab rat.”

A couple of the protestors spoke to drivers waiting in line after the gates have been closed. “Have fun being a byproduct of Bill Gates,” she said. pic.twitter.com/1FTpXQLucc

We’re at the mass vaccination site at Dodger Stadium to get my mom the vaccine. The anti–vax protestors have approached the entrance to the site. The LAPD have now closed the gate. We have been sitting here for about half an hour. Nobody is moving. pic.twitter.com/GrJPA5wrqx

The line built up significantly while we were there. pic.twitter.com/6tpTq5FZs6

The protest was apparently organized on social media. The “Scamdemic” march organizers warned participants to “refrain from wearing Trump/MAGA attire as we want our statement to resonate with the sheeple,” the Times reported.

“This is completely wrong,” said German Jaquez, who drove some six hours to get to the site.

“I’ve been waiting for weeks to get an appointment,” he told the Times. I am a dentist. I am taking a big risk being around patients. I want to be safe for my patients and for my family.”

As of Saturday there were been close to 1.1 million COVID-19 cases and more than 16,600 deaths in Los Angeles County.