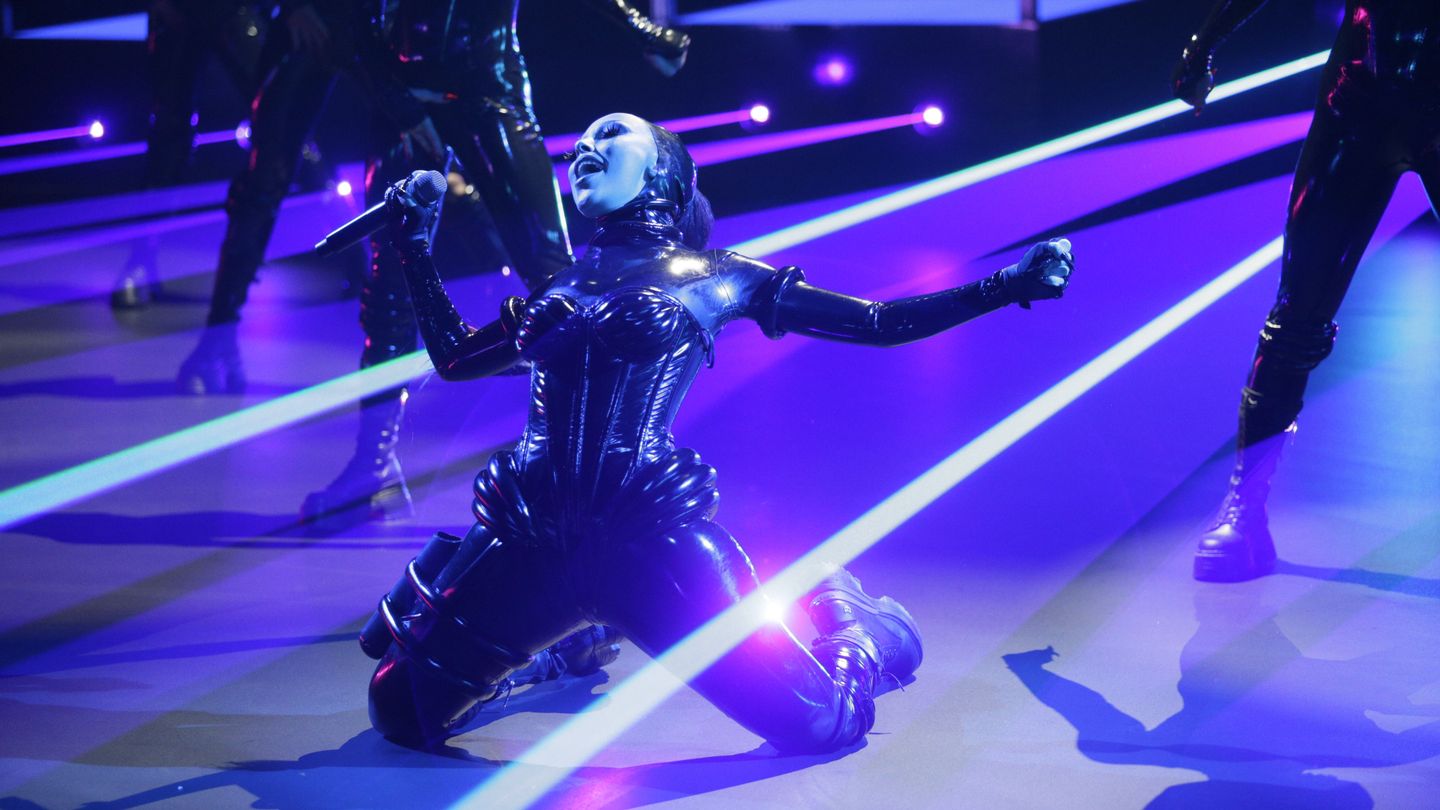 Best New Artist-nominee Doja Cat had plenty of punches left to roll with at the 63rd annual Grammy Awards on Sunday (March 14). On the pre-show red carpet, Doja served Girl With the Dragon Tattoo realness when she teased that her upcoming performance would feel “like an action film” while wearing a daring, skin-baring gown with dramatic green feathering.

And Doja delivered, with a reimagined performance of her disco-inspired bop “Say So,” trading the sun-soaked visuals from the song’s music video for a gritty sci-fi set. The whole shebang was complete with lasers and leather-clad cyborgs wearing kitty ears. Doja has a flair for out-of-this-world performances, like the time her VMAs choreography blasted viewers off to a hot-pink planet.

Doja was nominated for Best Record, and Best Solo Performance for “Say So.” She also got a nod for Best New Artist but lost out to Megan Thee Stallion, who was the first female rapper to win that category since Lauryn Hill in 1999.

After winning the PUSH Best New Artist award at last summer’s VMAs, Doja told MTV News correspondent Dometi Pongo that her upcoming album, “Planet Her,” would be inspired by dancehall, Afrobeat, and “some fun, house.” She teased, “I’m trying to cover all bases.”

Stay tuned for continued coverage of the Grammy Awards ceremony, and find the full list of winners here.