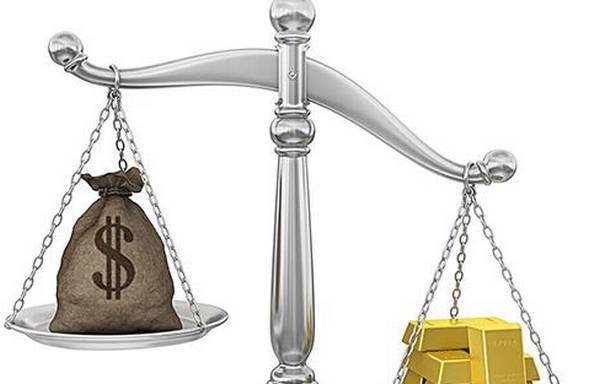 Both crude oil and bullion are facing the dollar headwinds currently. The Euro-USD exchange rate has improved in favour of the latter to 1.179. Given the overall performance of the US economy, the dollar is widely expected to gain strength in the second quarter.

This will have implication for the global commodity markets covering energy and metals.

In particular, the gold market has been kept under check by a firm US dollar and high bond yields. Monday morning, the prices have remained largely unchanged from the $1,730 an ounce level. Firm dollar, and possibly a further rise in bond yields, will not only cap the upside, but can also potentially allow for correction below $1,700 in the weeks ahead.

Interestingly, gold is not attracting the attention of financial investors, suggesting that its haven appeal may have somewhat waned for now. Speculative investment position continues to stay at relatively low levels on the bourses.

If anything, there is outflow of material from the ETFs. Last week saw 28 tonnes moving out. The labour market improvement in the US is also keenly tracked by punters. If the upcoming labour report shows positive job creation, it could weigh on the price of the yellow metal.

Silver, too, is facing the dollar headwind. Silver ETF holding are down by over 300 tonnes. On the bourses, net long positions are substantially down as per US regulator CFTC’s last report. Price has fallen below $25/oz and the technical picture is said to be weak for the time-being.

Other factors such as improving physical demand in major markets like India and some central bank buying have already been priced-in. Rapid vaccination and improved economic performance in major economies is weighing on market sentiment. So, dollar movement will be for the time-being the single dominant factor to watch out for in the precious metals market.

Crude on a slope

As for crude oil, after the uncertainty of the Suez Canal blockage has passed, the market is beginning to slip again. Brent was trading lower at $63.5 a barrel Monday morning. Of course, it may take 3-4 days for the congestion on the Suez Canal to ease; but further disruption is ruled out.

Clearly, the sentiment in the oil market is undergoing changes. Institutional investors have slashed their net long positions in Brent on the ICE. The number of short sales has risen, according to reports. With gradual weakening of uncertainties, fundamentals are likely to begin to assert.

On Thursday, OPEC and its allies (OPEC+) are meeting again. A host of factors will come up for discussion including output hike, rising demand and rise in non-OPEC oil production. The general consensus is that output cuts will continue to remain in place.

Brent has the potential to decline towards $60 a barrel and even a little below in the weeks ahead. It may bring some relief to importing countries.

The Indian government’s suggestion to Saudi Arabia that the cartel should allow the market forces to operate (meaning, don’t cut output) was turned down. As the world’s third largest consumer, India will have to continue to import oil at high rates to fuel its growth as dependence on imported oil is as high as 80 per cent.

The author is a policy commentator and commodities market specialist. Views are personal

RELATED:  Zoa Morani on the initial setback in her career: It was massive mental pressure, I was at the lowest and people told me to try something else