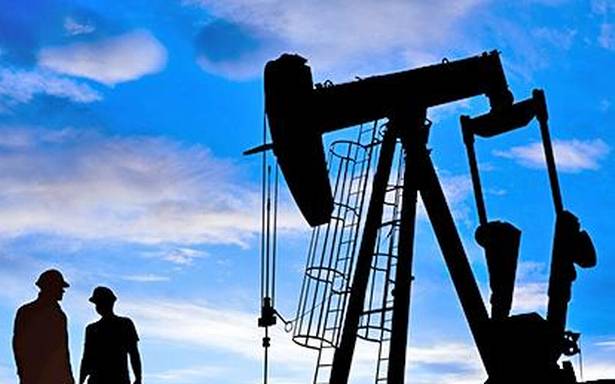 The domestic production of crude and natural gas remained below pre-Covid levels in February, according to data released by the Petroleum Planning and Analysis Cell. Crude production during February was 2.32 million tonnes, 3.22 per cent lower on a year-on-year basis. At 2,307.12 MMSCM, gas production was also down 1.43 per cent.

The domestic production of oil and gas has remained below pre-Covid levels throughout the ongoing financial year. Cumulative crude and gas production during April-February, 2020-21, has been 5.41 per cent and 9.67 per cent lower, respectively, on a year-on-year basis. As consumption has fallen amid historically high retail fuel prices, the country’s imports have also remained lower than pre-Covid levels. In February, India imported 15.2 million tonnes of crude, a fall of 18.3 per cent on a year-on-year basis.

Following the oil producing nations’ decision to restrict supply, the climb in international crude prices has pinched Indian refiners. The country paid $434 per tonne of crude in February, about 5 per cent higher on a year-on-year basis.