Donald Trump’s impeachment trial begins: What to watch for 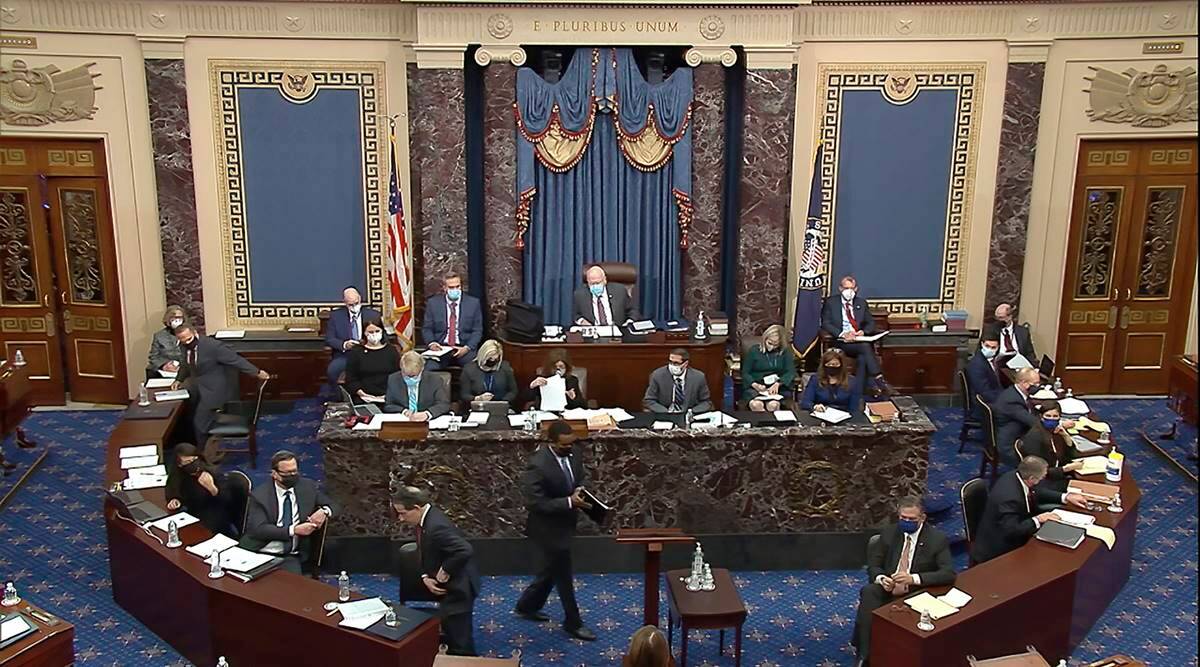 The second impeachment trial of former President Donald Trump begins on Tuesday, about a month after he was charged by the House with incitement of insurrection for his role in egging on a violent mob that stormed the Capitol on Jan. 6.

Here’s what you need to know.

How will the trial unfold?

Senate Democrats and Republicans, joined by the House impeachment managers and Trump’s legal team, reached a bipartisan agreement on Monday that would pave the way for an especially quick and efficient proceeding that could be over by early next week.

The rules allow each side up to 16 hours to lay out its case. The Senate is poised to vote to approve the rules and formally begin the trial at 1 p.m. on Tuesday.

Up to four hours will be devoted to debating the constitutionality of impeaching a president who is no longer in office. If a simple majority of senators agree to move forward, as expected, the main part of the trial begins.

Starting Wednesday, the prosecution and the defense will have 16 hours each to present their cases to the senators, who are serving as a jury. The oral arguments will continue at least through Friday, but could extend into next week.

Tradition dictates that senators are then allowed at least one day to ask questions. This time, senators may give House managers the option to force a debate and vote on calling witnesses, but it is unclear if they will choose to do so. The trial is expected to conclude with closing arguments and a final vote on whether to convict Trump.

What are the arguments on both sides?

In a fast-paced and cinematic case, the House managers will argue before the Senate that Trump is guilty of inciting a deadly mob of his supporters to storm the Capitol on Jan. 6.

The prosecution plans to show videos captured by the mob, Trump’s unvarnished words and criminal pleas from rioters who said they acted at the former president’s behest. In trying to rekindle the outrage around the assault, which sent lawmakers into hiding as they met to certify President Joe Biden’s victory, House managers are aiming for a conviction and to bar Trump from holding office again.

“We think that every American should be aware of what happened,” Rep. Jamie Raskin, D-Md. and the lead prosecutor, said in an interview. “That the reason he was impeached by the House and the reason he should be convicted and disqualified from holding future federal office is to make sure that such an attack on our democracy and Constitution never happens again.”

In a 78-page brief filed Monday, Trump’s lawyers argued that the impeachment proceedings were unconstitutional because Congress has no basis for judging a former president. No former president has ever been impeached, but the trial is not without precedent: The Senate tried a war secretary in the 1870s after he had left office.

On Friday, more than 140 constitutional lawyers took aim at the argument put forth by Trump’s lawyers, calling it “legally frivolous.” However, it could still give Republican senators political cover to reject the charges on a technical issue without being forced to focus on Trump’s behavior.

Is Trump likely to be convicted?

Whatever unfolds in arguments throughout the week, few expect that enough Senate Republicans will vote differently than they did in Trump’s first impeachment trial.

Sen. Lindsey Graham, R-S.C., said as much on Sunday, suggesting on the CBS program “Face the Nation” that the outcome of the trial was “really not in doubt.”

When the Senate voted to acquit Trump last year, Sen. Mitt Romney of Utah was the only Republican to join Democrats in voting to convict.

This time, he may not be alone.

Several other Republicans, including Sens. Ben Sasse of Nebraska, Patrick J. Toomey of Pennsylvania and Susan Collins of Maine, indicated that they had serious concerns about Trump’s role in inciting violence.

But less than two weeks ago, 45 Republicans voted to dismiss the entire impeachment proceeding as unconstitutional, strongly indicating that the threshold of 67 votes — or two-thirds of the chamber — needed to convict might be out of reach.

The New York Times’ congressional team will be following the developments on Capitol Hill. Visit nytimes.com for coverage throughout the week.

The proceedings will also be streamed online by C-SPAN and televised by major networks, including CNN and PBS.