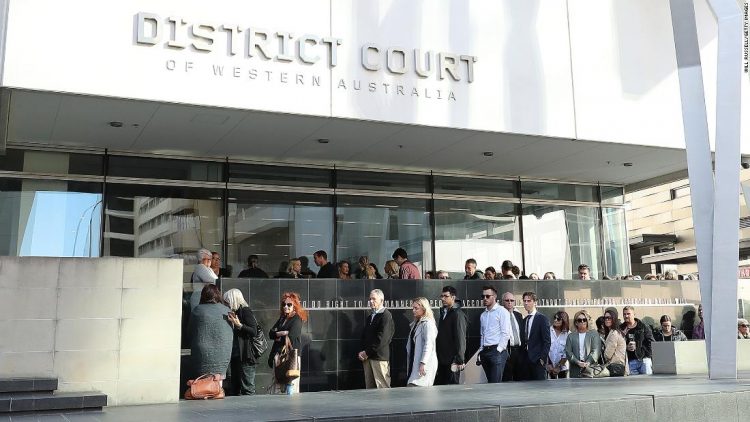 Jane Rimmer, Ciara Glennon and Sarah Spiers all went missing from a popular nightlife area in the Western Australia city of Perth in the 1990s. For nearly 25 years, their unsolved deaths continued to loom large in the minds of residents.

In September this year, following a seven-month judge-only trial, Bradley Robert Edwards, 52, was found guilty of murdering childcare worker Rimmer, 23, in 1996 and lawyer Glennon, 27, in 1997.

He was found not guilty of murdering Spiers, 18, a secretary whose body has never been found, as there was insufficient evidence.

On Wednesday, Edwards was sentenced to a minimum of 40 years in prison before he will be eligible to apply for parole, the Supreme Court of Western Australia confirmed to CNN.

As he handed down the sentence, Western Australia Supreme Court Justice Stephen Hall told Edwards that he was a “dangerous predator who sought out vulnerable young women.”

“Your actions were pre-meditated, executed with pitiless determination and were remorseless in your disregard for the pain and suffering that you caused,” Hall said in his sentencing remarks.

Hall said there was a “high likelihood” Edwards would die in jail.

The women’s disappearance sparked widespread fear among locals in Perth.

All three were last seen in the early hours of the morning after spending a night out in the affluent suburb of Claremont, an area previously perceived as safe.

“The fact that three young women disappeared from the streets of Claremont created what was described as an enigma of the dark,” Hall said in his judgment in September when Edwards was found guilty. “That is to say that there was a mystery as to who had taken the three victims.”

Within weeks of their disappearance, the bodies of Rimmer and Glennon were found in bushland. Both had been killed by a sharp-force injury to the neck, Hall said in his September judgment.

Spiers was last seen in the early hours of January 27, 1996. Her body has never been found, but there is nothing to indicate that she is still alive, Hall said.

“She must have been abducted or killed, but the circumstances in which she was taken and how she died are unknown,” he added.

For decades, the disappearances went unsolved. Then, in 2016, police had a breakthrough.

That year, Edwards was jailed for two rapes, and emerged as a suspect in the Claremont killings due to his DNA.

Police matched his DNA to samples taken from under the nails of Glennon’s left hand. The prosecution argued the DNA likely got under her nails during a violent struggle before her death.

They also said fibers found on the bodies of Rimmer and Glennon matched those taken from Edwards’ company car, which indicated that he had abducted both women in that vehicle.