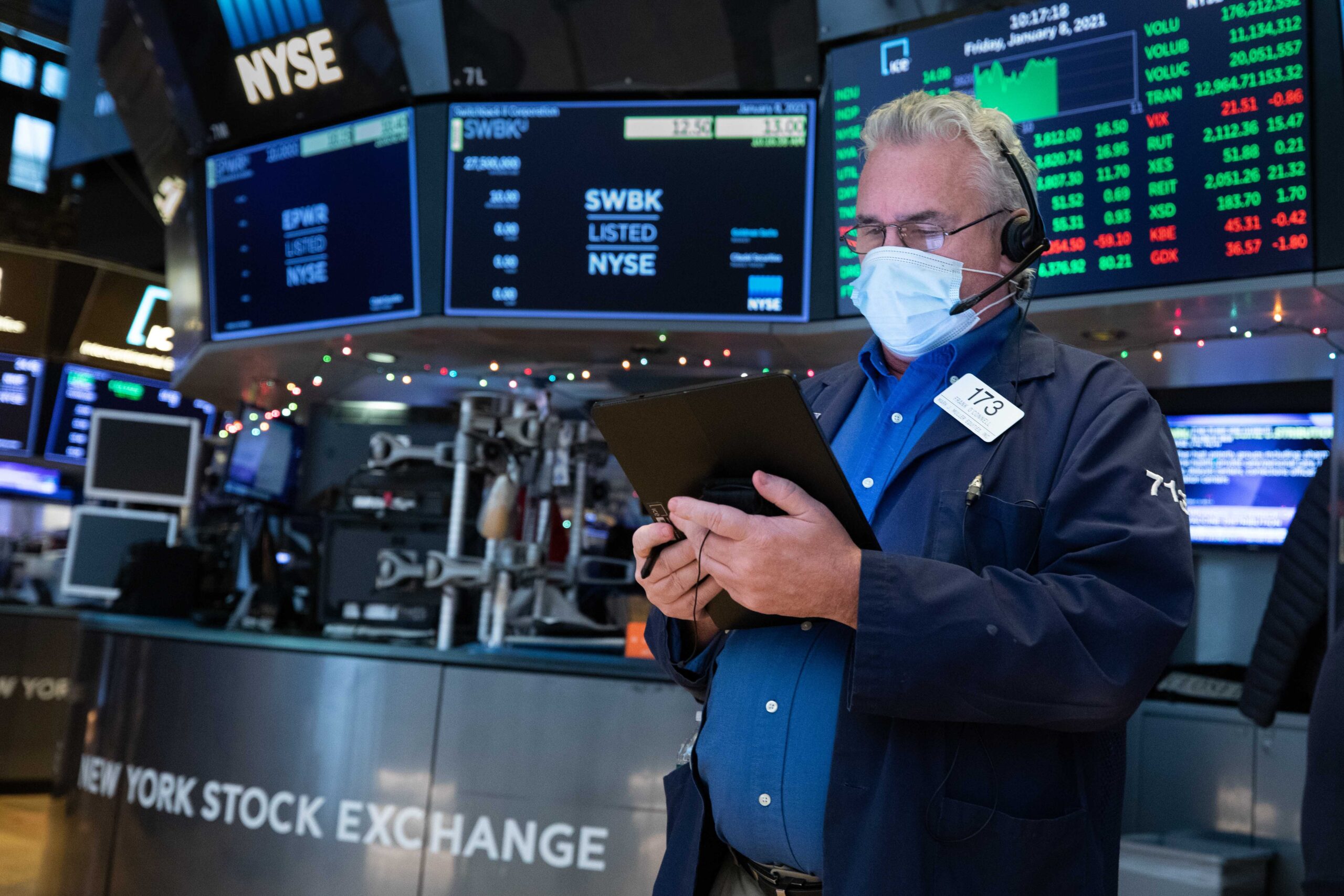 U.S. stock futures rose sharply in early morning trading on Monday, as Treasury yields retreated from their highs from last week, easing concerns about inflation and that higher rates would undermine equity valuations.

The 10-year Treasury yield dipped to 1.43% on Monday, off by 3 basis points from Friday and down from its recent high of 1.6% on Thursday, which rattled stocks.

There were a broad-based group of stock gainers in the premarket. Economic reopening plays like Carnival Corp and American Airlines were higher by at least 3%. High-growth tech shares like Apple and Tesla were also higher.

Last week, stocks were pressured by rising interest rates. Higher interest rates can threaten the dominance of equities, as bonds are viewed as less risky, and compress stock valuation by reducing the value of future cash flows.

“Equity investors are still looking at the rise in rates mostly as ‘a good thing’ and not yet as a threat notwithstanding some shaking of the tree in high multiple stocks and other parts of the market last week,” Peter Boockvar, chief investment officer at Bleakley Advisory Group. “The benefits of the vaccines vs the challenge of higher rates will be the theme this year.”

The Dow Jones Industrial Average and S&P 500 lost and 1.7% and 2.5%, respectively, between Monday and Friday. The technology-heavy Nasdaq Composite dropped more than 4% for the week, suffering its worst one-day sell-off since October on Thursday. Technology companies rely on being able to borrow money for a low rate in order to invest in future growth.

“The outsized rotation suggests there could be some tactical reversal if yields settle down,” Keith Parker, equity strategist at UBS, said in a note. “Earnings should more than offset rate headwinds through the course of the year albeit with pockets of downdrafts in that uptrend,”

Boosting sentiment on the vaccine front, the Centers for Disease Control and Prevention advisory panel voted unanimously Sunday to recommend the use of Johnson & Johnson’s one-shot Covid-19 vaccine for people 18 years of age and older. The company expects to ship out four millions of doses initially.

The House passed a $1.9 trillion Covid relief bill, the American Rescue Plan Act of 2021, early Saturday. The Senate will now consider the legislation.

The major averages rose for the month of February, bolstered by a strong earnings season, positive news on the vaccine rollout and hopes of anther stimulus package.