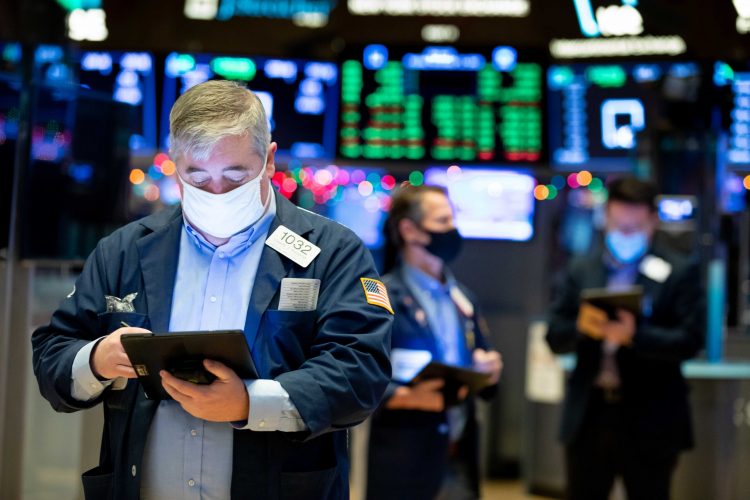 The blue-chip Dow jumped 204 points, or 0.7%, on Monday, while the S&P 500 and Nasdaq Composite climbed 0.9% and 0.7%, respectively. All three benchmarks reached new intraday and closing highs in the previous session.

Those gains came after President Donald Trump signed a $900 billion coronavirus relief package into law. The measure includes a direct payment of $600 to most Americans. The signing came days after Trump demanded a $2,000 direct payment. The House passed a bill late Monday to increase the direct payments to $2,000, but the GOP-led Senate is unlikely to pass the measure.

Monday’s rally put the S&P 500 up 15.6% for the year and the Dow up 6.5% over that time period. The Nasdaq Composite, meanwhile, has surged more than 43% in 2020 as investors flocked into major tech names such as Apple, Amazon and Facebook.

The number of coronavirus cases keeps rising in the U.S., however, casting doubt over the economic recovery heading into the new year. Over the past week, at least 184,000 new infections have been reported in the U.S. per day, according to a CNBC analysis of Johns Hopkins University data.

“The viral resurgence has induced lockdown measures throughout the country, stunting economic reopening efforts. If the viral spread is not brought under control by year-end, it will likely be a key initiative to do so in early 2021 before a vaccine has become widely distributed,” Pride added.