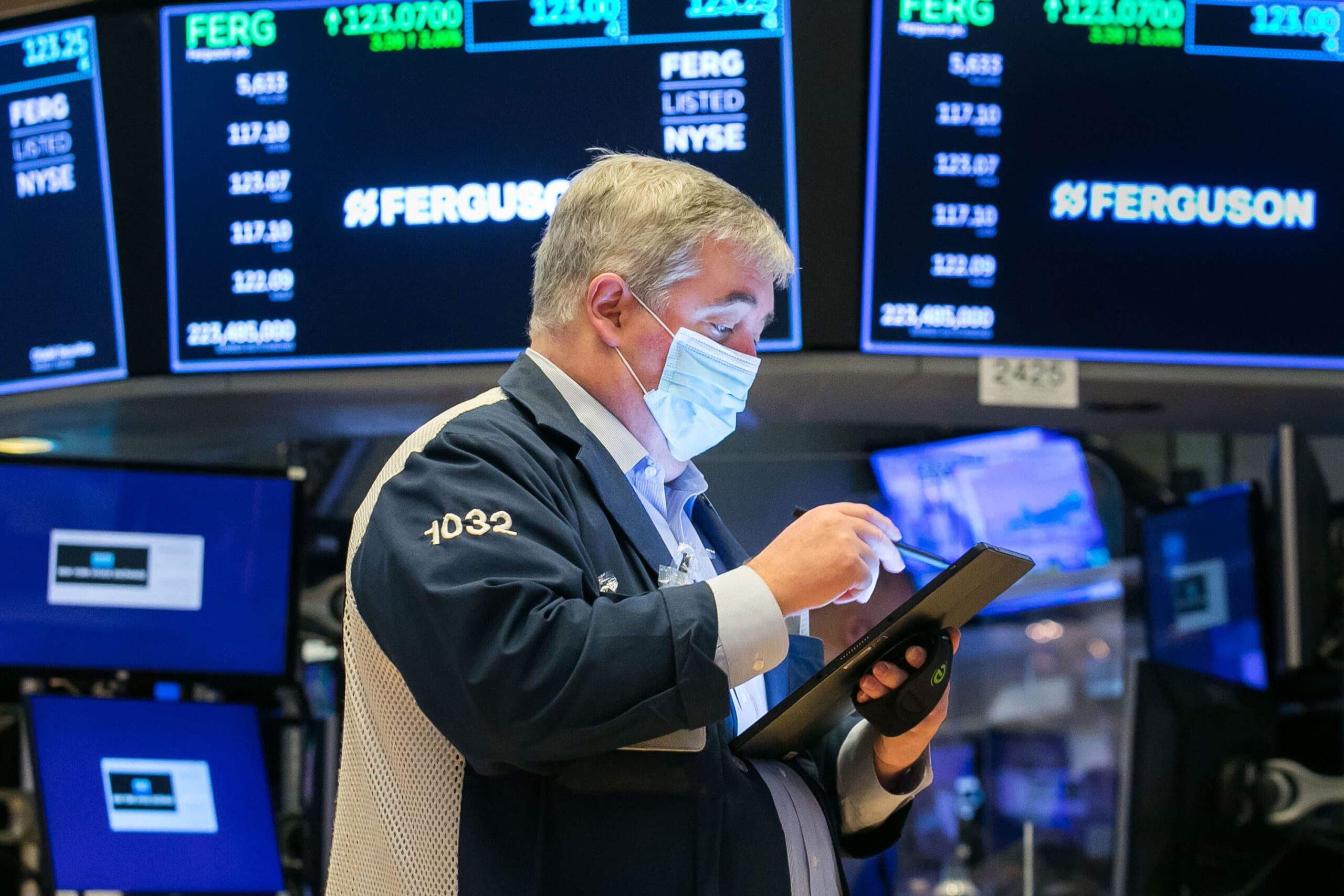 A trader on the floor of the New York Stock Exchange.

The move in futures came after the Dow jumped 464 points to a record closing high on Wednesday. The S&P 500 rose 0.6%, while the Nasdaq Composite ticked down slightly as the rotation away from growth stocks resumed.

Wednesday’s gains came as the House passed the $1.9 trillion stimulus package, sending it to President Joe Biden, and while the bond market digested a $38 billion auction of 10-year Treasury bonds without a spike in volatility.

Rising interest rates accelerated the rotation away from tech and growth stocks in recent weeks and into more cyclical sectors, such as energy. Higher rates make profits in far-off years seem less attractive to investors and can knock down stocks with relatively high valuations.

“The faster-than-expected acceleration of U.S. economic growth appears to be lifting inflation and longer-term interest rates,” Gary Schlossberg from the Wells Fargo Investment Institute said in a note. “The pace of these increases have been a recent concern to investors, but a recovery in interest rates and inflation is a typical occurrence early in a recover – faster this time, in our opinion, because of the unusually strong economic growth rebound.”

This week has been stronger for the growth stocks overall, however, as a surge for the Nasdaq on Tuesday pulled the index out of correction territory. The Invesco QQQ Trust, which tracks the Nasdaq 100, is up slightly this week after falling the previous three weeks.

On the data front, investors will get two new reads on the labor market recovery Thursday. Last week’s initial jobless claims number will be released at 8:30 a.m. ET, with economists surveyed by Dow Jones expecting 725,000 new claims. The job opening and labor turnover survey for January will come later in the morning.