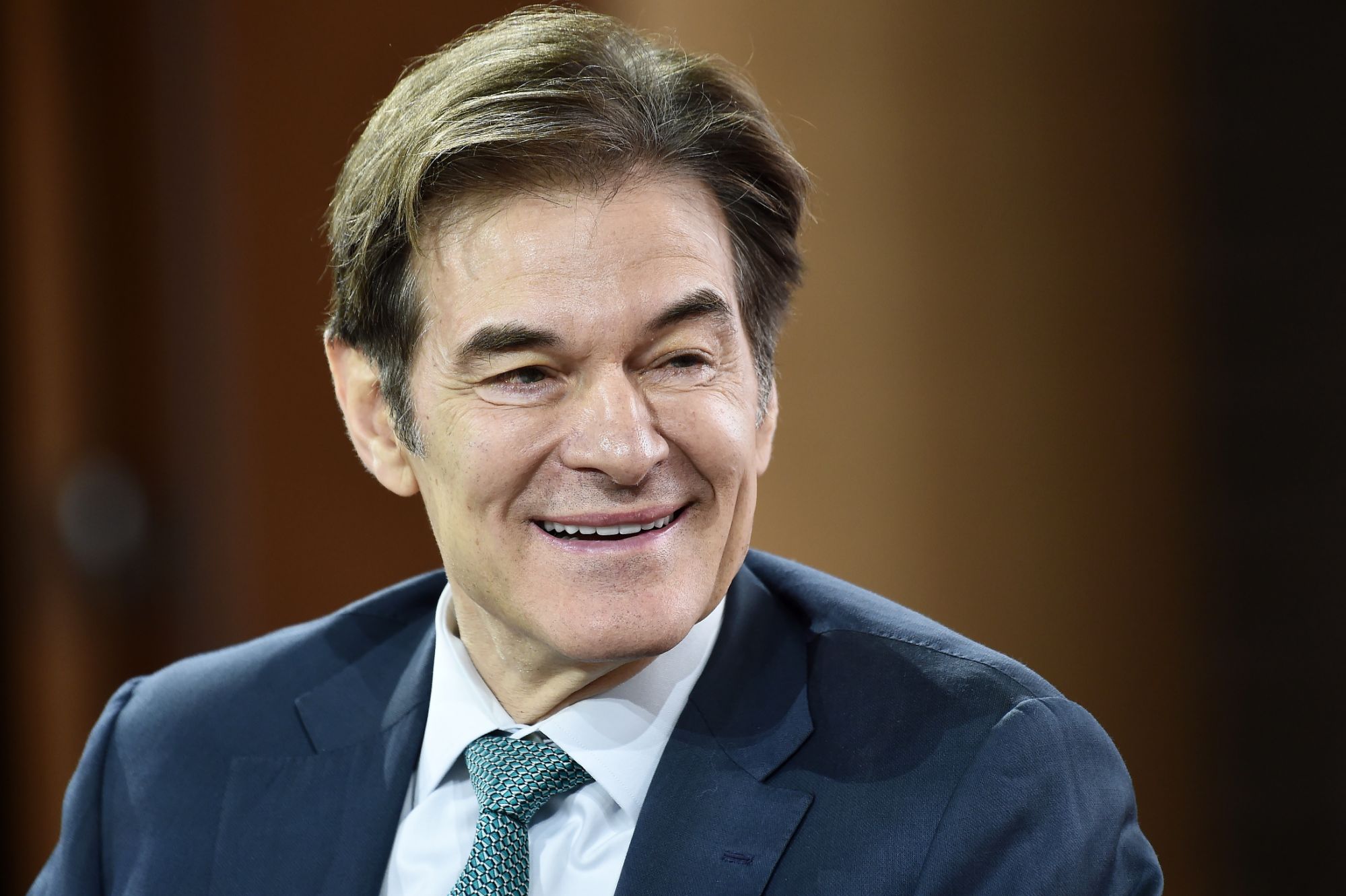 Dr. Mehmet Oz is talking about his lifesaving efforts to help a stranger at Newark Liberty International Airport.

The Dr. Oz Show host said on Good Morning America that he arrived at the airport late Monday night, after a flight from Florida to New Jersey with his family, and was collecting luggage at the baggage claim when his daughter Arabella alerted him to an unidentified man on the floor. He sprang into action.

“I saw this gentleman had face-planted basically with a pool of blood under his head where he smacked onto the ground,” he recalled. “I ran over. I couldn’t get a pulse, which is the first thing you check for. He wasn’t responsive. He was a big, burly gentleman. I had to roll him onto his back and recognize he was purple. The color of an eggplant. That’s a bad combination.”

He described it as that “soul-sapping moment where you realize you’re losing a life.”

Oz said he “took over the airway,” using a CPR kit that was on site, as the man was “foaming at the mouth.” He explained that when the heart stops beating, blood pools in the lungs, and that fluid has to be cleared out to “try to maintain an airway.”

Meanwhile, Croissant did compressions, with Oz explaining, “If the heart’s not beating, you’ve got to beat for it, which is what the chest compressions do. Hundred times a minute, push down at least two inches — a simple message everyone … can learn how to do today.”

By then, three other officers had brought over a defibrillator, which he said people shouldn’t be intimated by because “it orders you what to do.” And after it shocked the man, immediately — “like the movies” — his heart started beating again, which isn’t often the case.

Almost immediately, color returned to the man’s body and within a few minutes he came to.

“By the time we put him in the ambulance, he knew he had been at Newark Airport. Didn’t remember the fall at all. And it is a true miracle with the odds heavily against him.”

He applauded the Port Authority cops, who had no direct experience resuscitating someone but who had taken classes, “did their homework and they showed up. They ran towards the problem when there was a need.”

Oz has been in touch with the man’s wife and said, “He’s doing very well. He’s in the ICU but leaving today to go to a hospital closer to his home. He’s awake and alert, neurologically intact.”

Oz encouraged people to learn how to do CPR, even through online training, saying the person you’ll save with it mostly likely would be someone you know.

Officer Croissant told GMA that he didn’t recognize the TV doctor at first due to his face mask, but once he did, noted, “You really can’t get better help than that.”

The host of the long-running Dr. Oz show has aided strangers on numerous occasions, including in 2013 when a terrible car accident outside of his Rockefeller Center offices in NYC left a woman severely injured. Two years later, he helped car crash victims on the New Jersey Turnpike.