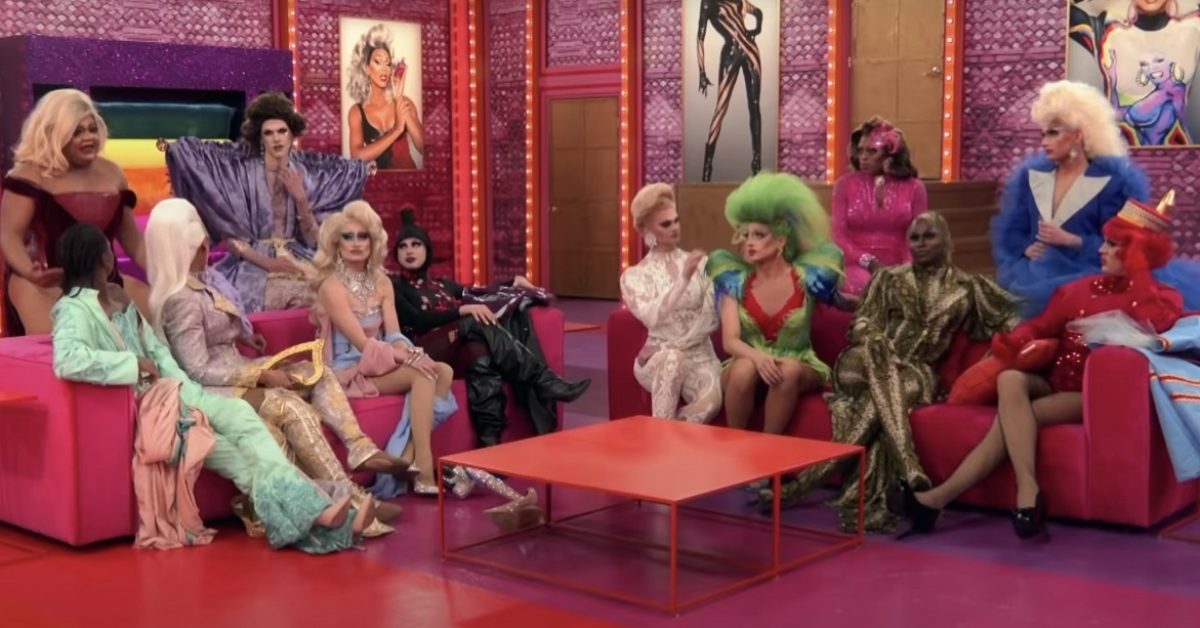 The ball episode was a little lackluster in fashions and original designs, but delivered big drama with personalities clashing and emotions running hot.

Welcome back to another episode of RuPaul’s Drag Race – and this week the main challenge sees the queens compete in a ball – “The Bag Ball,” where they stomp the runway purse first. In case you missed last week’s episode, you can hit a recap of the season’s first elimination episode “The Rupaulmark channel” here and get all caught up.

Kandy Muse is giving off some Silky Nutmeg Ganache vibes in that she’s more dramatic and there for the “I’m on TV” factor than she is a solid performer, but last week she made it work for her in the acting challenge. With this week being a sewing challenge, her looks were basic and pretty forgettable.

GottMik is seeming more like just another fashion model, which is disappointing. They’re still not showing us a whole lot of her personality, though that could be because the bigger personalities are drowning out everyone else this season and it is exhausting. Her looks aren’t totally gag-worthy, though the judges liked them enough to where she won this week’s ball challenge.

Utica had the fan-favorite and “should have been” winning look of the episode – an original sleeping bag couture gown. Rose channeled her Scottish heritage in a bagpipe look and it was life. Denali’s looks were all great – a crash test dummy but make it fashion? Yes, please! Symone’s look was good – of course, it was a Diana Ross inspired number by Marco Monroe. Olivia Lux and Elliott with 2 Ts both kind of faded into the background this week while Tina Burner stood out in not a great way.

Moving on to the rest of the episode, of course, Tamisha Iman is still coming for you and serves it, but this week her looks suffered from too much, but she narrowly escaped the bottom two. Symone is not a sewing queen, but she pulled it off with the help of some hot glue and the fact she’s tiny and curve-less, making her a great candidate for throwing some chopped up beach bags on her body and working it.

As for the bottom queens, LaLa Ri – girl. You know this is season 13, and you are going to have to do a lot better than showing up to the runway in a design challenge with some gift bags hot glued to a corset. Good for you turning it out in the lip sync, but you need to step it up. And Miss Joey Jay was completely overshadowed and outshined in the lip sync and was sent home. Goodbye, gay ass b*tch “filler queen”.

Do you know what I really want to see? I want to see Drag Race tell us who the designers are as the queens are walking the runway. In the runways, the judges are looking at how the queen sells the fashion, yes, but they’re also looking for sickening fashions. It’s why the queens with money and connections usually go further in the competition than the small town queens with a full-time job at a Sephora inside a JC Penney’s. Give designers like BCALLA, August Getty Atelier, and Diego Montoya an onscreen credit, don’t put this on the individual queens to take to Instagram and credit their designers. I want a bug in the corner under the queen’s name telling me who the hair, accessories, and look is by. But if Drag Race started doing that, maybe everyone would start to realize that this competition is less about the queens’ talent and more about status and politics.

Politics aside, this episode was entertaining enough, though it would have been nice to see more of an emphasis on the original looks instead of the drama. Let’s hold out hope that next week’s disco documentary episode is more about the challenge and less about the queens screaming at each other. Drag Race is on VH1 Friday nights at 8pm.

Having spent far too much time in front of the television growing up, Eden has lots of opinions about television (as well as movies and everything else). She puts this to good use along with her journalism degree and writing experience with by-lines over the years in many print publications, books, and online media outlets. You can find her on Twitter at @Edenhasopinions