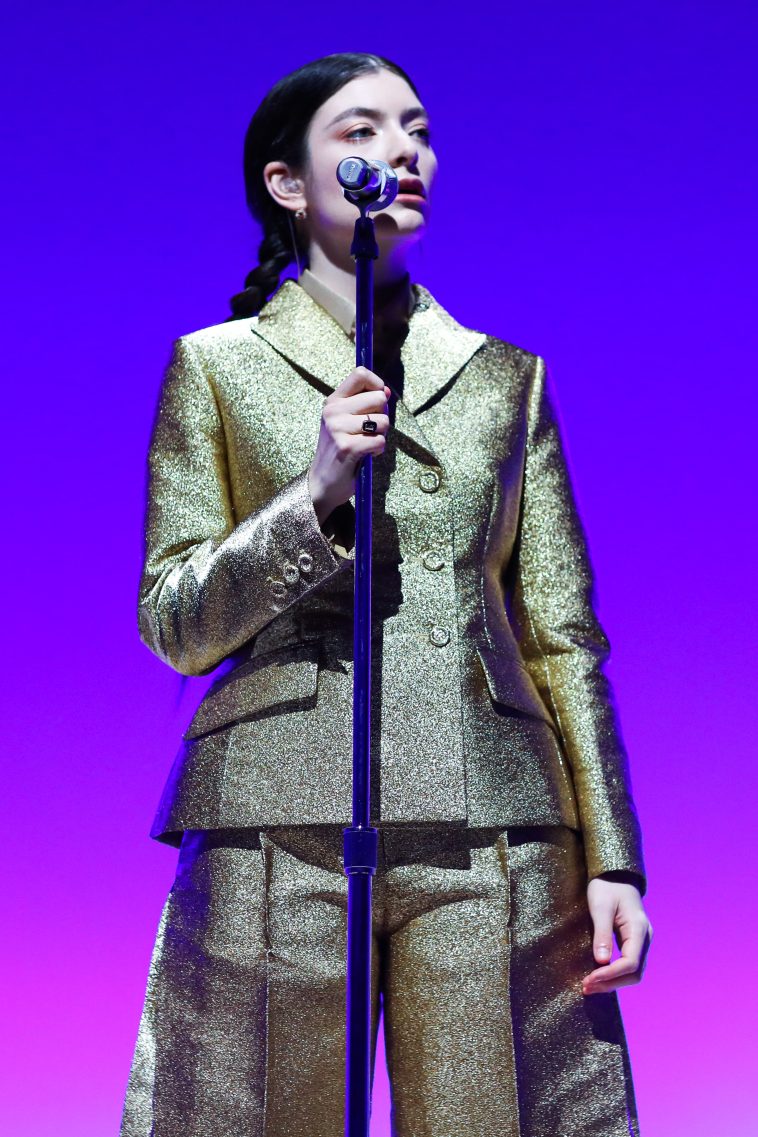 Emotions swirled through the Guggenheim’s spiral structure at last night’s gala honoring artists Etel Adnan, Jennie C. Jones, Cecilia Vicuña, Gillian Wearing, and Chair Emeritus of the Board of Trustees Bill Mack and his wife, Phyllis. It was a poignant night for many reasons. Most obviously, it was the first Guggenheim event hosted since the pandemic outbreak. Set within the ground floor of the museum, the Guggenheim International Gala honors artists and museum benefactors; and for the past nine years, Dior has helped to amp up the glamour of the evening by sponsoring the night. But most especially because Etel Adnan, the Lebanese-American poet, essayist, and visual artist had passed away a few days prior.

“Though we have lost her soul, her spirit,” said Naomi Beckwith, newly appointed chief curator of the museum. She spoke so eloquently and reassuringly it felt as though she was wrapping the audience in an embrace with her words. “We know that her brilliance lives on in the works that we are so happy to have right above us.” Adnan was one of two honored artists whose work is on exhibit—visit the museum for Etel Adnan: Light’s New Measure and Gillian Wearing: Wearing Masks.

“Frank Lloyd Wright said that he intended this building to be a temple for the spirit,” Beckwith continued, wearing an elegant pleated gown in mocha-brown. “And we do know that a temple is nothing unless spirits can gather in it. So it’s so important as I started my journey here at the Guggenheim to embrace all the spirits here; so really, thank you for being here tonight.”

The evening began relatively early, 6:30 pm for those wanting viewings of the exhibitions on view. Dressed in black tie—many in Dior—attendees snaked up the museum’s long ascent, gowns trailing behind them. In addition to Adnan and Wearing’s works, there was an exhibition on Vasily Kandinsky on view. As the evening continued, more and more guests arrived, signaling it was time for dinner.

As is the custom, each table was assigned a number, but last night, also a color. There was indigo blue, terracotta red, and buttery yellow; even the tables’ floral centerpieces were fully coated in their respective hue. Guests, including Maya Hawke, Jurnee Smollett, Kat Graham, Mickalene Thomas, Racquel Chevremont, Richard Armstrong, Derek Blasberg, Rashid Johnson, Laurie David, and Sanford Biggers took their seats for a dinner of beet carpaccio and roasted a bass filet.

And just before dessert, came Lorde. After a quick change from a diaphanous pleated gown (accessorized with her own hair, wrapped around her neck like a scarf) into a side-pleated, wide-legged pantsuit in a shimmering gold fabric, the Kiwi artist took the stage. To get there, she snaked through the room with her backup singers in tow—they were dressed in divine-looking all-white suits. “Thank you for letting me be your dessert,” Lorde said, taking bags of citrus fruits and rolling them onto the stage—it was a life imitates art moment as “Fallen Fruit” was on her setlist. Throughout her beguiling performance, she peeled fruit as she swayed, keeping the audience enthralled. But Lorde seemed just as awestruck as her audience; “For a year and a half, we were in our pajamas at home,” she said. “And now we’re here.”