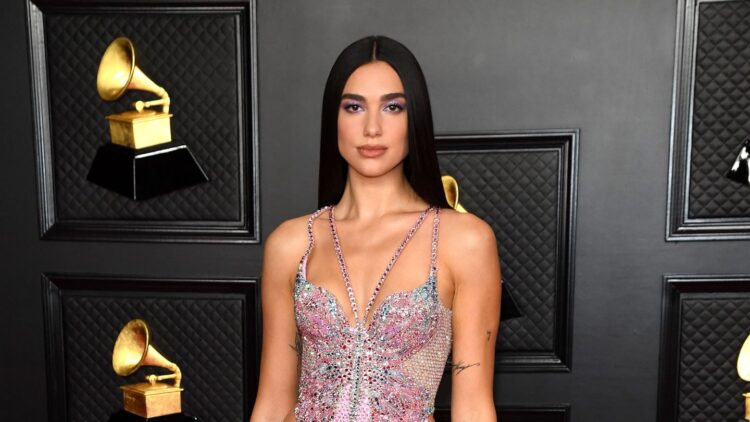 Dua Lipa briefly transformed the 63rd annual Grammy Awards into Studio 2054, lighting up the stage with a live medley of tracks from her nu-disco album, Future Nostalgia.

“There’s a little medley, quite pink,” Lipa teased E! News‘s Guliana Rancic on the Grammys red carpet. She stayed true to her promise, delivering a live performance of two of the album’s biggest hits, including “Levitating” and “Don’t Stop Now.”

The fan-favorite song, “Levitating,” was brought to life with the help of DaBaby, who was featured on a remix of the track back in the fall. This was the rapper’s second appearance of the night. He also performed his hit, “Rockstar,” earlier in the telecast.

Lipa previously won the Grammy for Best New Artist back in 2019, and she was one of the most nominated singers at this year’s awards show. Her sophomore release, Future Nostalgia received six nods, including Album of the Year.

“I want to make sure that [for] every performance I do I have enough rehearsal time to be able to put on a unique performance every time, even if it is the same song,” Lipa told MTV News last year.

Stay tuned for more coverage of the ceremony, and find the winners right here.