Home Sports Dubois-Laine trade is full of sound and fury, but signifies… not much

Dubois-Laine trade is full of sound and fury, but signifies… not much 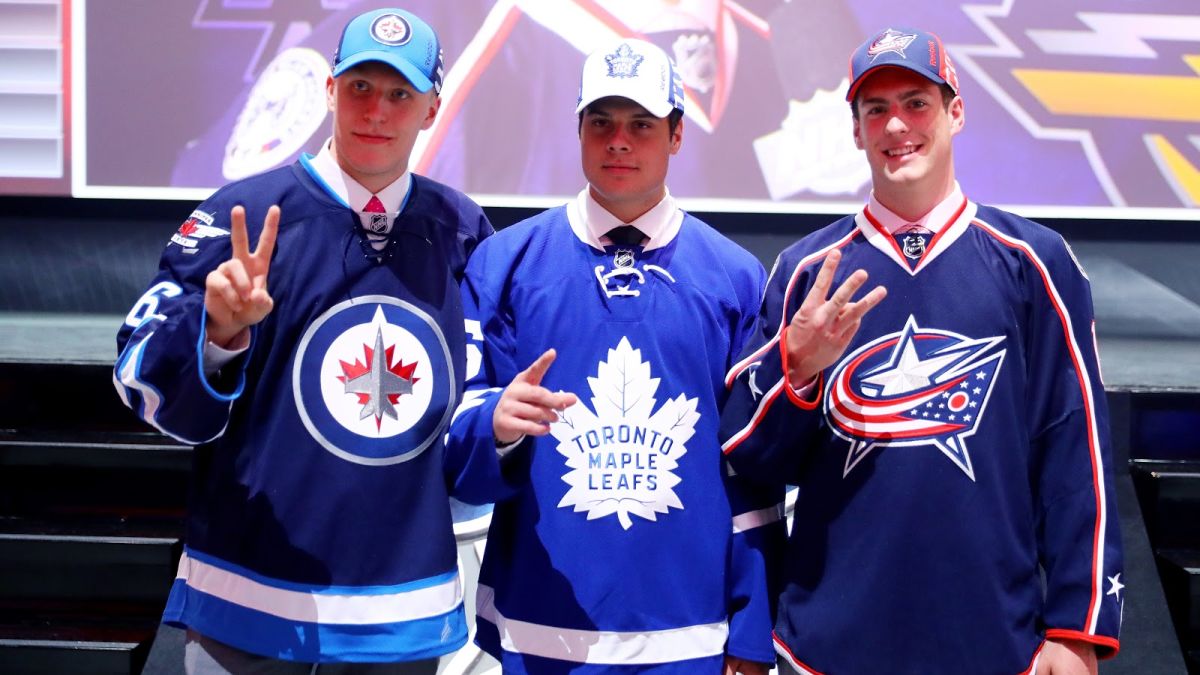 There is something truly hockey about two players wanting to get away from cities and situations they find lacking, and coaches they find dinosaur-like, only to be swapped into the other country’s version of the situations they were trying to escape. But that’s the setting both Patrik Laine and Pierre-Luc Dubois find themselves in, as they were traded for each other yesterday in a deal for disgruntled “stars.” Laine makes out slightly better, as at least Columbus has an airport (Jack Roslovic will join Laine in this new aviation station-equipped wonderland).

That’s not the only reason Laine will feel the more relieved. He’s been bellyaching to get out of Manitoba for a few years now. First it was with his coach Paul Maurice and where he played, trying to hold the Jets hostage over a new contract to get to play with Mark Scheifele as his center instead of the more shoot-first Bryan Little. Then there were the contract demands themselves coming out of his entry-level deal, and clashes with Maurice over other matters.

But Laine hasn’t helped himself much after he got his wish to play with Scheifele by losing his status as Finnish/Bridge Troll Ovechkin. Laine has been dining out on his first two seasons for the last two now. His first two years saw him pile up 80 goals combined. The last two have seen him score 58, with huge drops in his shooting percentage. Which of the two he actually is, no one can say for sure. A player who can regularly get 30 goals or thereabouts is still valuable, but it’s not a foundational piece or anything close to it.

Dubois’s unhappiness only really came to light this year, when he tried to force his way out of Columbus through his contract negotiations. Dubois was coming out of his entry-level deal, but had no arbitration rights and essentially no leverage over the Jackets. Or so you would have thought, but Dubois chose the Costanza Method both on and off the ice and forced the issue, capped off by coach John Tortorella benching him for the last half of the Jackets’ game on Friday night, thanks to some shifts that looked like a 70’s cartoon representation of what drugs do to you.

Again, it’s still hard to pin down what Dubois is, either. His best season came as Artemi Panarin’s center two seasons ago, when Panarin was in his contract drive. But that still only resulted in 61 points, and to see the kind of effect Panarin can have, check out Mike Zibanejad becoming a 41-goal scorer last year.

As far as how the teams do, the Jets probably win? Maybe. Dubois can slot in as a number two center behind Scheifele, which is what he probably is best suited for. Letting Scheifele clear out the top pairings and lines of opponents so Dubois can see easier assignments. Gaining Nikolaj Ehlers as a winger will give him one of the best players he has played with, probably only second to Panarin, and he could fulfill his potential. Dubois is only 22, and his best years should still be ahead of him.

But the trade doesn’t do much to solve the Jets’ biggest problems. First is that their defense is an absolute clown car and has been for years. Second, the team has actively hated Maurice for years, and pretty much told him to get fucked in the playoffs the past two years. He hasn’t built in any defensive structure going on nearly a decade in charge, and his only motivational tactic is to throw his players under the bus while calling them every name under the sun. The Jets have screamed out for a new voice for seasons and never get one. The other problem is that the Jets might not be able to use Dubois for a couple weeks, depending on what the Canadian government decides as far as how long he has to quarantine. Dubois could miss up to six games if he’s required to quarantine for 14 days, or about 10 percent of the season.

What the Jackets get out of this is even less clear. They do not have a center to consistently set up Laine, or anything close. And Laine does absolutely nothing other than score goals, which the past two years he hasn’t done at any kind of startling rate. He doesn’t push the play, he doesn’t set up much, and he certainly can’t be arsed on the defensive end. Maybe they think Max Domi can turn into that playmaker that Laine needs as he sets up his study in the left circle, but they would be the third team to hope Domi becomes that and the other two weren’t very pleased with the results. If Laine thought Maurice was a chore to play for, wait until he doesn’t beat it back down the ice on a backcheck to find out what John Tortorella is capable of.

The bigger picture is that this is yet another talented player who couldn’t wait to find the exit in Columbus. Dubois joins Panarin, Bobrovsky, Ryan Johansen, and Josh Anderson as frontline, talented players who saw their futures elsewhere, while the organization continues to side with Torts and GM Jarmo Kekalainen, a regime that has brought them all the glory of exactly one playoff series win. When will the aims be any higher in Columbus?