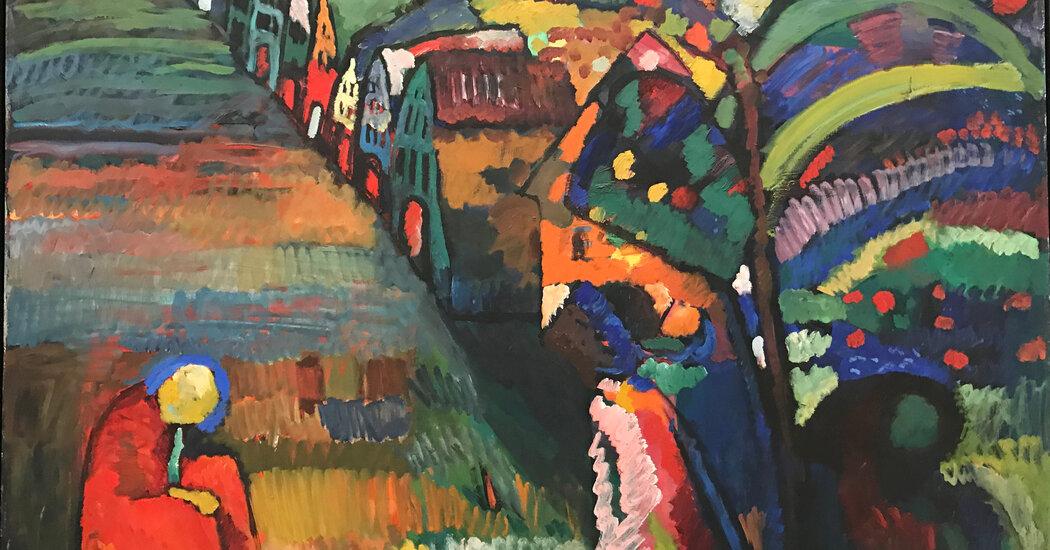 AMSTERDAM — For years, the Netherlands was heralded as a leader in the effort to remedy the injustice of Nazi looting during World War II. It was praised for taking action to research stolen art and return it to its rightful owners.

But that reputation has been eroding over the last decade as a government panel that handles claims from victims and their heirs, the Dutch Restitutions Commission, has drawn criticism for decisions that some viewed as petty and unsympathetic.

Now, a committee convened by the minister of culture to assess the Restitutions Commission’s track record has concluded in a report issued Monday that the Dutch had essentially moved in the wrong direction.

The report avoids harsh criticism of the panel, and, at first glance, may seem like no more than an administrative course correction. But the findings were provocative enough that two of the panel’s seven members, including its chairman, immediately resigned.

At the center of the controversy is a policy adopted by the restitution panel in 2012 to “balance the interests” of claimants against those of museums.

Many Dutch institutions have housed stolen works since the war, when officials sent Nazi-looted works back to the countries they had been taken from, on the premise that the works would be returned to rightful owners once they were identified.

But after considering the “balance of interests,” the Dutch restitution panel in recent years has denied some claims, with the justification that the painting, sculpture or object in question had become more important to museums than to heirs.

Monday’s report recommends doing away with the “balance” test. It says the restitution panel needs to become “more empathic” and “less formalistic” in its responses to claims.

“If it’s looted art and there’s an heir, the interests of the museum shouldn’t be taken into account,” Jacob Kohnstamm, a lawyer who led the panel that wrote the report, said in a telephone interview. “We’re trying to strive for justice.”

The “balance of interests” policy has been widely criticized by international restitution experts, including Stuart E. Eizenstat, an adviser to the State Department and one of the architects of the Washington Principles, an international agreement that in 1998 established guidelines for countries on handling artworks looted during World War II.

In an opinion piece from 2018 in the newspaper NRC Handelsblad, two leading international restitution experts called the Dutch government to task. It had, “dashed the hopes raised 20 years ago at the Washington Conference that fairness and justice would prevail and that looted property would be returned to its rightful owners,” they wrote.

The review panel led by Mr. Kohnstamm spent several months interviewing claimants, their attorneys, committee members, museum officials and outside restitution experts about the Dutch process. Its report suggests the government resume systematic research into the wartime history of artworks, in hopes of finding victims of Nazi looting or their heirs; issue a clear set of guidelines to explain how the restitution process works; and set up a “help desk” to guide claimants through.

Mr. Kohnstamm said that the review committee discovered there were at least 15 policy documents and letters to Parliament that outlined the Dutch rules for processing restitution claims, making it extremely difficult for an ordinary citizen to understand how their case would be judged.

The Restitutions Commission’s former chairman, Alfred Hammerstein, declined to comment on the reasons for his resignation.

The remaining members of the restitution panel said in a joint statement that they welcomed the “constructive recommendations in the report,” and would make “best efforts to adapt its working practices such that they are perceived as being less remote. This will include intensifying communication with applicants and formulating recommendations and decisions even more understandably.”

Taco Dibbits, the director of the Rijksmuseum, the Dutch national museum, said in a telephone interview that he hopes the Dutch government will adopt the recommendations. “We don’t want to have things in our museums that have a history of war crimes and robbery,” he said.

In particular, he said, he felt the balancing of interests was always inappropriate. “If I have a stolen bicycle and I ride it and at a certain point the person from whom it was stolen asks for it back, I can’t say, ‘Actually I use it a lot, so I can’t give it back.’ That’s basically what it boils down to. In the end, I don’t think we can weigh the implications for society now against the weight of the injustice of the past.”

Because of their penchant for Dutch Golden Age art, which they felt represented a great Germanic tradition, the Nazis looted a tremendous amount of art from the Netherlands during World War II. Works were seized and looted, or sold under a guise of legality, as Jewish art dealers were pressured to both broker art sales and sell their own stores at drastically reduced prices, under threat of deportation, or death.

After the war, when the Allied Forces returned thousands of works of art to the Netherlands, the Dutch established the Netherlands Art Property Foundation, which returned several hundred items, and auctioned off about 4,000 works, among them 1,700 paintings.

It considered its work complete in 1951, and closed its doors. However, several thousand artworks had still not been returned and were placed in the Netherlands Art Property Collection, known as the N.K. In 1998, in addition to signing the Washington Principles, the Dutch government restarted the effort to return works by setting up the Origins Unknown Committee that actively researched the history of artworks and established a new policy for handling restitution.

But a major restitution of 202 works from the collection of the Dutch art dealer Jacques Goudstikker, in 2006, raised hackles from some in government. Newspaper opinion pieces said these works were too valuable to the Dutch public to leave the country.

Gert-Jan van den Bergh, a Dutch lawyer who has handled several international restitution cases, said the Goudstikker restitution was a turning point for the policymakers.

At that point, he said, “the Dutch state starts to claim ownership of the returned works, whereas, after the war, the Allies handed over the works with the very clear directive that the Dutch state regard themselves as no more than custodians until the rightful owners could be found.”

The Restitutions Committee, which started its work in 2002, has heard 163 cases involving 1,620 works of art, and it has ruled to return 588 works. But its critics say the panel began to increasingly weigh the state’s preference to retain art over the claimant’s evidence that the work was looted.

Origins Unknown wound up its activities and dissolved in 2007, as did its research into state collections, although the Dutch Museums Association obliged its members to check their own troves for art that might have been obtained unlawfully between 1933 and 1945.

The Restitutions Committee in 2012 added a new criterion for handling claims, known as “standards of reasonableness and fairness,” which was meant to balance the interests of national museums against a claimant’s bond with the art in question.

In 2013, when heirs of a German-Jewish refugee sought the return of the Bernardo Strozzi painting “Christ and the Samaritan Woman at the Well,” which is held by the Museum de Fundatie, the restitution panel rejected their request, saying, “retaining the painting is of major importance for the Museum’s collection and to the Museum’s visitors.”

More recently, in 2018, the Restitutions Commission rejected a claim for a Wassily Kandinsky “Painting with Houses,” which was sold by its Jewish owners in 1940, as they tried to escape the Netherlands after the Nazi invasion. The panel questioned whether the painting had truly been sold under duress created by the Nazis, versus other financial problems that predated the invasion, and ruled that the “heir has no special bond with it,” whereas “the work has a significant place in the Stedelijk Museum’s collection.”

James Palmer, a Canadian lawyer who represents the claimants in the Kandinsky case, said that decision reflected, “the controlled and biased organization that is designed to retain artworks and other cultural artifacts and to blatantly ignore the claims of Holocaust victims.”

Mr. van den Bergh was one of the experts interviewed for the report released Monday. He said that the Netherlands’s reputation for responding to claimants used to be one of the best in Europe. “What happened is along the way we entered into a litigious atmosphere rather than a truth finding process,” he said.

“We have to go back to a process of truth finding, and not be entangled into a litigious atmosphere where the museums and the Dutch state were considered the opponents to the claimants,” he said. “We’re in this process together, and we’re in the process of healing historical injustice.”